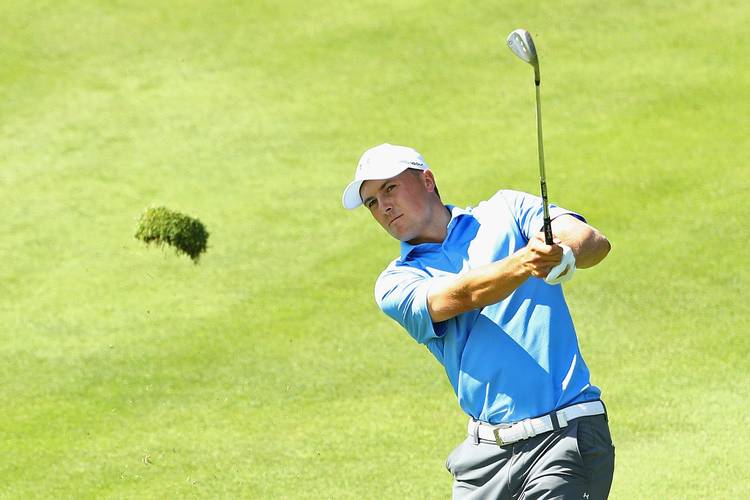 Jordan Spieth of the United States plays a shot on the 12th hole during the first round of the Travelers Championship at TPC River Highlands on June 22, 2017 in Cromwell, Connecticut. (Photo by Maddie Meyer/Getty Images)

Jordan Spieth finished Thursday’s first round of the PGA Travelers Championship with a one-shot lead after firing a 63 at TPC River Highlands in Cromwell, Conn.

Spieth made eight birdies and one bogey to finish 7 under par in his debut at the course. It was the lowest first round of his PGA Tour career.

He took the lead on the final hole as he made birdie on the par-4 No. 18. He birdied five of the first eight holes before making a lone bogey on No. 9.

A 7-under 63 in his debut at the @TravelersChamp.@JordanSpieth has finished with sole possession of the lead. pic.twitter.com/5GbEZ6Du33

His solid first round followed up a final-round 69 at the U.S. Open last week. He tied for 35th at the major championship.

Johnson Wagner and Brett Steigmaier are tied for second behind Spieth.

The two-time major championship winner, both in 2015, last won in February at the AT&T Pebble Beach Pro-AM. A win this week would give him his 10th on the PGA Tour.