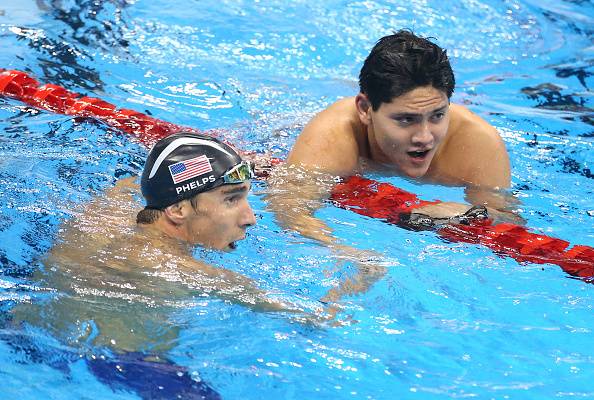 Joseph Schooling, a junior on the Texas swim team, pulled off one of the biggest upsets of the Olympics when he beat Michael Phelps to win the gold medal in the 100-meter butterfly.

Schooling is from Singapore and he was greeted as a huge hero back home. He also was awarded a bonus of $740,000 from the Singapore government.

The NCAA allows athletes to keep these Olympic bonuses without them losing eligibility. Athletes also can receive training stipends from their country’s governing body.

But NCAA president Mark Emmert said Thursday that the NCAA may change its rules because of Schooling’s huge bonus. He was speaking as part of the Aspen Institute.

If you’d like to relive Schooling’s win, here’s the video. Phelps was swimming his final Olympic individual race and had to settle for silver.

What was Kliff Kingsbury doing instead of watching the UT vs. Notre Dame game?