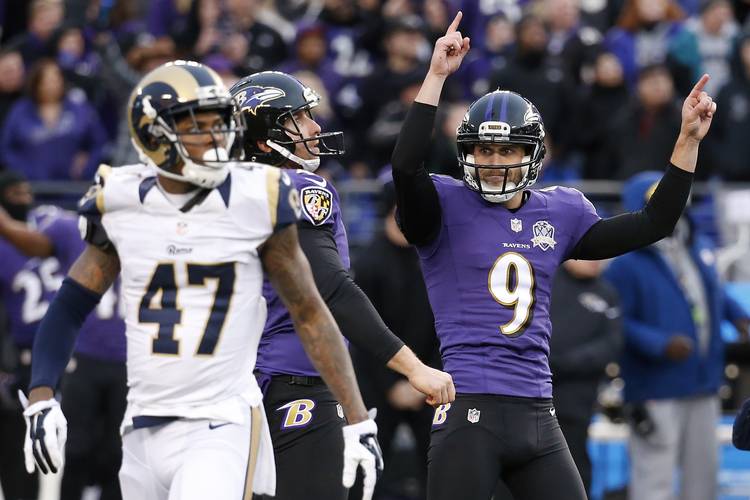 Justin Tucker, one of the most reliable kickers in the NFL, was given the franchise tag Friday by the Ravens in order to keep the former Westlake Chaparral and Texas Longhorn in Baltimore for the 2016 season.

Tucker and the Ravens have been unable to come to agreement on a long-term deal, so the team will pay the fifth-year pro the average salary of the top five kickers in the NFL.

That number is expected to be in the vicinity of $4.5 million. Last year Tucker played for $2.356 million, so he will be nearly doubling his salary.

“We’ve had some discussions on a multi-year contract, but we will franchise Justin,” Baltimore general manager Ozzie Newsome told media at the NFL Combine in Indianapolis. “We will continue to negotiate to try and get a deal done.”

Tucker had another excellent season. He made 33 of 40 field-goal attempts, but six of his seven misses were from beyond 50 yards. He made all 29 extra-point attempts.