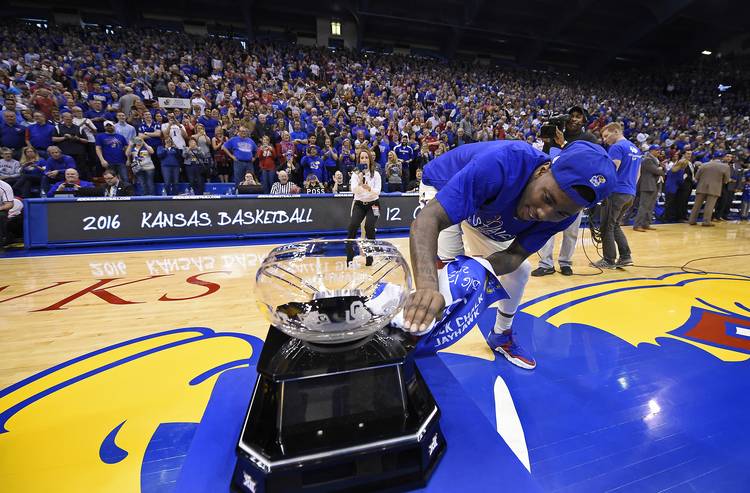 Series history: Kansas leads the all-time series 26-8. The Longhorns have beaten the Jayhawks only twice this decade (2011 and 2014, both in Austin). Coach Bill Self’s club captured a 76-67 in Lawrence on Jan. 23 even though Texas led for almost 25 minutes during that game. Senior Perry Ellis fueled an 18-4 second-half run to put the game away.

About the Longhorns: With two games remaining in the regular season, Texas is currently tied for third place in the Big 12 standings along with Oklahoma and Baylor. All have matching 10-6 league records. … F Connor Lammert had a terrific shooting day against the Jayhawks in January, making a career-high 5 of 7 shots from 3-point range. He was 4 for 7 from downtown on Saturday against Oklahoma. … The Horns can’t get stagnant. The offense produced just seven assists on 25 made field goals against the Sooners. G Isaiah Taylor had five of those. … G Eric Davis has quietly finished in double figures four straight games. He’s also done it seven times in 16 Big 12 games. Davis shoots 37.5 percent from 3-point range.

About the Jayhawks: Senior Perry Ellis was 11 years old when Kansas won the first of its 12 straight Big 12 titles. On Saturday after a win over Texas Tech clinched No. 12, KU fans were chanting senior Perry Ellis’ name. “It was awesome,” Ellis said. “The fans have supported me since I got here. They just make me want to finish the season out even stronger.” … Kansas’ 81.6 scoring average equals the highest ever in the Bill Self era. The Jayhawks have shot better than 50 percent from the floor in seven of their last eight games. … Ellis, G Frank Mason and G Wayne Selden have all scored at least 1,000 points during their Kansas careers. It’s the sixth time in KU history three or more 1,000-point scorers were on the same roster.