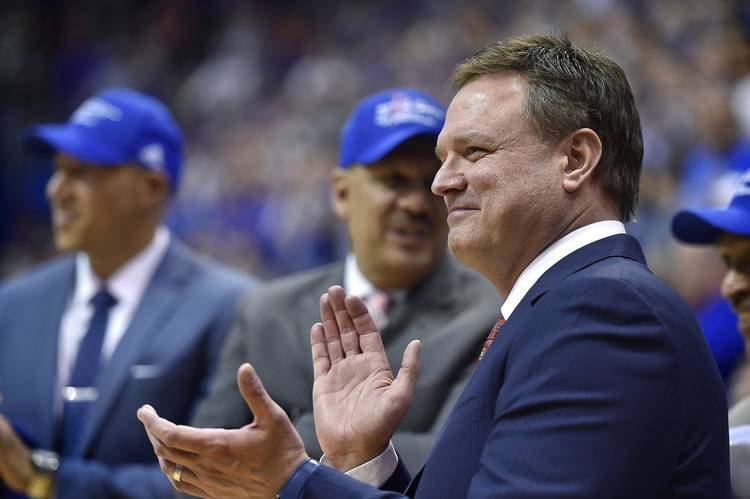 The Kansas Jayhawks, which just clinched its 12th consecutive Big 12 title, moved up to the No. 1 spot in the Associated Press Top 25 men’s basketball poll on Monday just hours before an 8 p.m. matchup against Texas.

The Longhorns also moved up a few notches and now sit 23rd overall in the weekly poll.

With Kansas moving up to No. 1, it makes UT’s regular-season home finale that much bigger. The Longhorns have never beaten a top-ranked team. The program is 0-8 all-time against an opponent ranked No. 1.

Senior night festivities will begin about 7:40 p.m. at the Erwin Center. Tipoff is 8 p.m.

Here's a look at all eight previous Texas men's basketball matchups against the nation's No. 1 team. The Horns are currently 0-8.