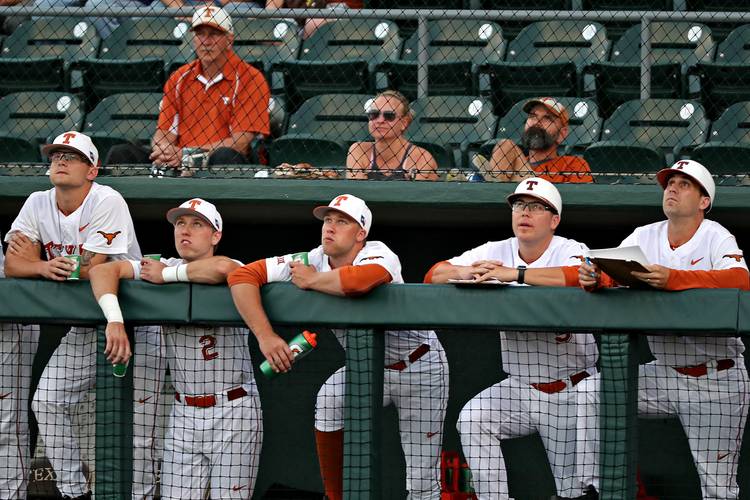 Members of the Texas baseball team watch a pop-fly from the dugout at UFCU Disch-Falk Field on Friday March 24, 2017. Daulton Venglar/AMERICAN-STATESMAN

Kansas defeated Texas 5-4 Sunday at Hoglund Ballpark in Lawrence, Kan to take the three-game series from the Longhorns,

Texas got on the scoreboard in the third inning with two runs. Kacy Clemons forced a walk with the bases loaded to score David Hamilton and Bret Boswell hit a sacrifice fly to left field to score Travis Jones.

Ryan Reynolds hit a solo home run — his second in the series — in the fourth inning to extend Texas’ lead to 3-0.

The Jayhawks (12-15, 3-3 Big 12) tied the game with a three-run inning in the bottom of the fourth and both teams traded runs in the fifth.

The Jayhawks took the lead in the eighth inning on a wild pitch and a two-out double to take the lead for good.