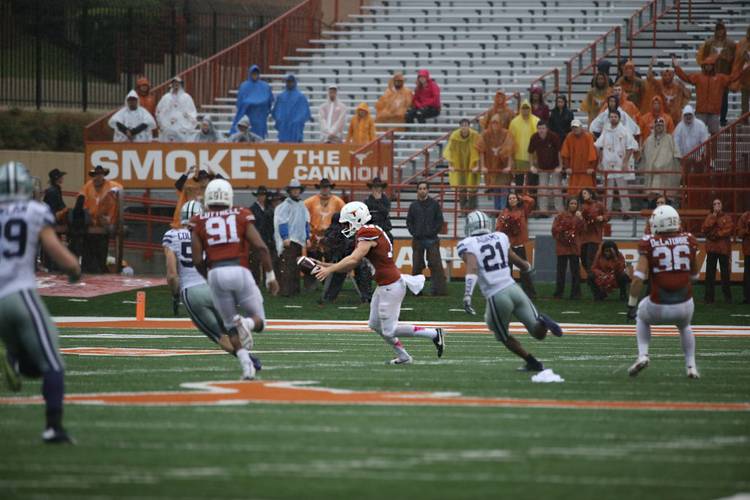 Texas #13 Michael Dickson grabs the ball on a bad snap and kicks it away during the fourth quarter of the UT game against Kansas State Saturday, October 24, 2015. Deborah Cannon/AMERICAN-STATESMAN

Punter Michael Dickson avoided another special teams mishap as he recovered a potentially disastrous snap from Kyle Ashby. Dickson punted the ball 33-yards to field K-State at the 8-yard line.

Hey, things are turning around for Texas' special teams! They still have some derp to overcome though. pic.twitter.com/oi4jJeO7Yu

That's a huge play by Michael Dickson to avoid disaster. On a related note, Texas needs to audition for a new longsnapper.

Texas recovers after another high snap from Kyle Ashby, but P Michael Dickson gathers, gets a 33-yard punt off to the KSU 8.

Longhorns come to life against Kansas State with pass play