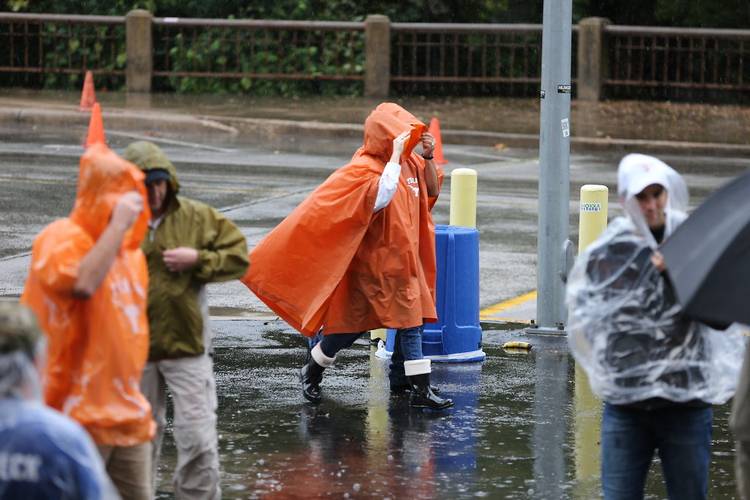 A flash flood warning is in effect as harsh weather has hit Travis County. But that hasn’t stopped the Texas-Kansas State game set to kickoff at 11 a.m. at Royal-Memorial Stadium.

Tailgating plans have changed, as the weather radar is showing an allegiance to another Texas Big 12 team that’s not helping the situation.

Texas reminded fans that umbrellas aren’t welcomed in the stadium, so bring your ponchos and coats.

And so is the game!

#GetHere4Gameday Yes, the @Longhorn_FB vs. K-State game is still on! Drive carefully to the stadium! #longhorns

#GetHere4Gameday but get here safely. Check https://t.co/ViVAyagoSY for road closures in the Austin area. #traffic

Today's DKR soundtrack includes CCR's "Have You Ever Seen the Rain?" and Lil Wayne "Make it Rain." Is James Taylor's "Fire and Rain" next?

Texas Exes opens its tailgate to ‘all Longhorns’