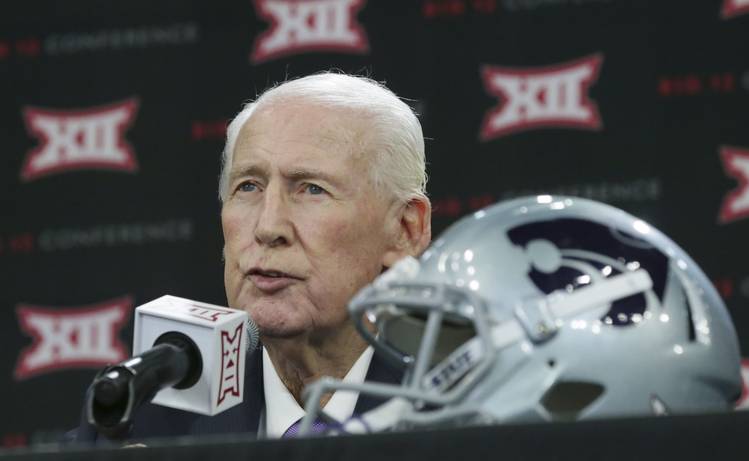 Kansas State offensive lineman Scott Frantz told his teammates a year ago that he was gay. According to his head coach, it never was a “major issue” with anyone.

But Frantz didn’t make the news public until last week, when the sophomore gave an interview to ESPN’s Holly Rowe. Coach Bill Snyder arranged the interview, allowing Frantz to publicly come out.

Snyder said Tuesday he had several discussions with Frantz about making his sexual orientation so well known.

“Yes, I had some uncertainty about it at that particular point in time and the impact,” Snyder said. “And he and I had several discussions and we talked about the impact that it might have on, not his teammates in regards to how they felt, but the response from outside, social media response, the response of the fan base, the response of faculty and administration, and the world, so to speak. And cautioning him that there could be some issues because of that.

“We talked about it for an extensive period of time, and what impressed me so much and allowed me to contact Holly (Rowe) about it was the fact that he wanted to do it for the right reasons, number one, and it wasn’t about exposing him to the media as such or making himself a national figure. What he wanted to do was help others, number one. That was important to me.

“Number two, he wanted the opportunity to feel free to live his life as he would like to do so, and he felt hindered prior to that being able to do so. I appreciated those things because I thought they were meaningful. I thought the idea that he could help
others really hit home with me at the time. So we decided to allow it to happen, and I think the response has been excellent to this point in time. So I’m proud of him. I’m proud of our players and how they handled it.”

Frantz told ESPN that when he came out to his teammates that he’d “never felt so loved and so accepted ever in my life.”

“And ever since then it’s been great. I’ve grown so much closer to my teammates since. So it’s been an amazing experience.”

Frantz started all 13 games last season. He said he told his family he was gay a week after he made it known to his teammates.

According to ESPN Frantz and Arizona freshman My-King Johnson are the only openly gay players among FBS schools.

The American-Statesman’s Top 25 countdown: No. 12 LSU

Jordan Spieth feeling rested, sharp in pursuit of another major