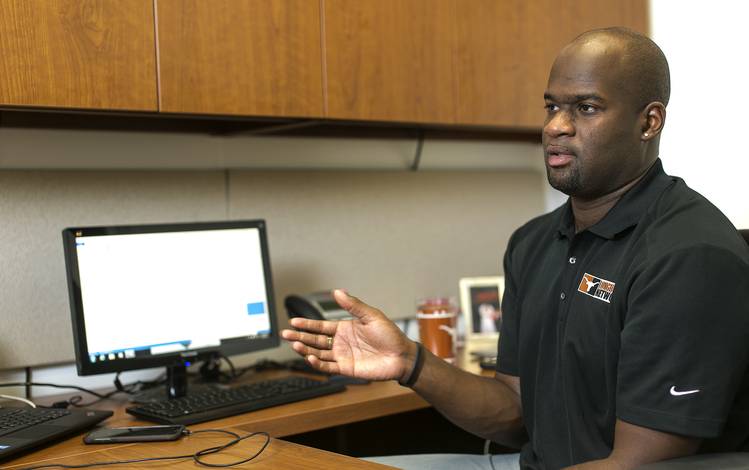 On whether Vince Young should lost his job at UT over his DWI charge:

“Vince Young should clearly not be fired over his DWI charge. Texas reviewed his conduct and said late Tuesday it would keep him in his job. Texas could not in good conscience have dismissed the Longhorns legend for potentially a similar legal violation that cost baseball coach Augie Garrido only a four-game suspension and no loss of pay. Young does not have a formal contract for his $100,000-a-year position. But let’s hope he uses this to address any personal problems in his life and comes out of this a better, more productive person. He’s got a great pedestal to speak out against drunken driving.”

On Karen Aston and Jody Conradt as UT gets closer to 1,000 wins:

“Karen Aston wasn’t sure if her mentor, Jody Conradt, would be around for Texas’ home game against Kansas on Wednesday because of a scheduling conflict, but the women’s basketball coach knows Conradt has given a lot of thought to the likelihood that Texas will get its 1,000th program win. A whopping 783 of those came with Conradt on the sidelines. “She’s bluntly honest, and she got irritated with the team and with me last year,” Aston said. “This year she’s very complimentary. She’s like a mom to the team. She hugs them, and they think she’s so sweet. If they only knew. The exes remind them when she wasn’t always that sweet.” But that is how a program gets to 1,000 wins. Aston also said she thinks Conradt could have been a pro golfer. “She hits it straight every single time.”

“For crying out loud, can we finally get an early national letter of intent signing day for college football? That could help deter overzealous types like Michigan’s Jim Harbaugh, who reportedly has backed away from nine players who had committed to him this year, only to pursue better players and leave the early pledges stranded. When are the NCAA and coaches going to come to their senses and act on behalf of the athletes they serve? A December — or better yet, August — early signing period would help.”

For the rest of Kirk’s thoughts including the Warriors/Spurs match up, NFL’s extra point rule and Cam Newton, click here.

Breakfast with Bevo: A win for the history books