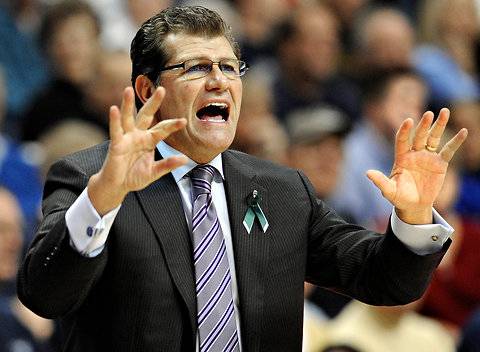 BRIDGEPORT, Conn.  — Texas and Connecticut have agreed to play each other in women’s basketball in each of the next two seasons, UT director of women’s athletics Chris Plonsky said Friday.

Next season, the Longhorns and Huskies will battle at Mohegan Sun Arena in Uncasville, Conn., Plonsky said as Texas practiced here in advance of its Sweet 16 matchup against UCLA on Saturday. A date for the Texas-UConn game has not been set, but it will be played in November, Plonsky added.

During the 2017-18 regular season, UConn will face Texas at the Erwin Center.

The two teams could play Monday night at Webster Bank Arena in Bridgeport. They would meet for a berth in the Final Four if UConn defeats Mississippi State on Saturday and Texas tops UCLA.