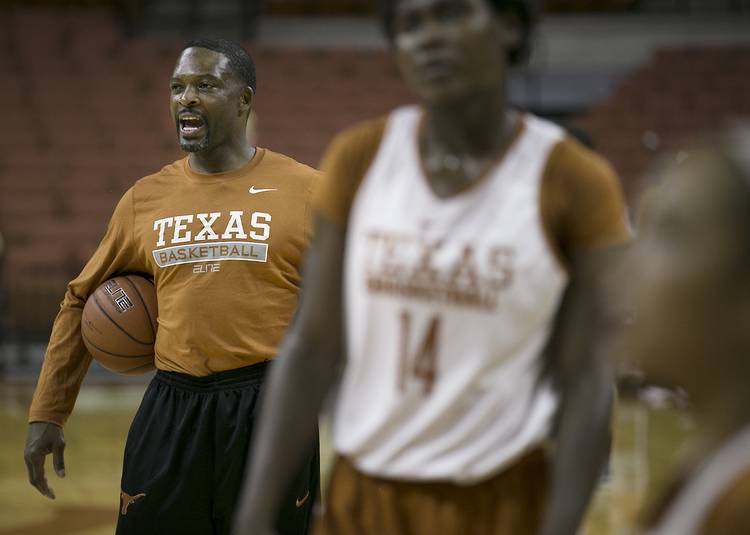 University of Texas women’s associate basketball coach Travis Mays has been hired as head coach at SMU, the American-Statesman has learned.

Mays takes over for Rhonda Rompola, who retired after the current season with a 439-317 record. She was with the Mustangs for 35 years, the past 25 as head coach.

Mays has a long history with the Longhorns. He made his mark as a dynamic guard from 1986-90, finishing with 2,279 points, No. 2 on UT’s all-time scoring chart.

Following a three-year stay in the NBA as a player (1990-93), he began his coaching career in the WNBA for two years. He then returned to Texas as an assistant to Hall of Famer Jody Conradt from 2004-07.

Mays moved to LSU and coached on Van Chancellor’s staff from 2007-11. He returned to the Forty Acres in 2012 as associate head coach on Karen Aston’s staff after a wide range of coaching experiences in the women’s college and professional ranks.

A 2002 inductee into UT’s Men’s Athletics Hall of Fame, Mays is still No. 2 among the Longhorns’ career scoring leaders with 2,279 points and was the first player to earn back-to-back Southwest Conference Player of the Year honors in 1989 and 1990.

As a senior, Mays was a second-team Associated Press All-American. He averaged 24.1 points per game and led Texas to the “Elite Eight” round of the NCAA Tournament. Included in that NCAA run was a 44-point outburst against Georgia in the first round that still ranks 14th-most all time in “March Madness” history. His 23 free throws made and 27 attempts at the line versus the Bulldogs remain NCAA Tournament records.

Mays was drafted by Sacramento with the No. 14 overall pick in the first round of the 1990 NBA Draft and was a second-team All-Rookie selection after averaging 14.3 ppg.

Mays then played two seasons with the Atlanta Hawks, rupturing two tendons in his right foot. He recovered and enjoyed a successful eight-season career overseas in Greece, Israel, Turkey and Italy.

A native of Ocala, Fla., he received his bachelor’s degree in psychology from Texas in 1990. Mays and his wife, Mirella, have two children: daughter Cherrell; and son, Trevor.