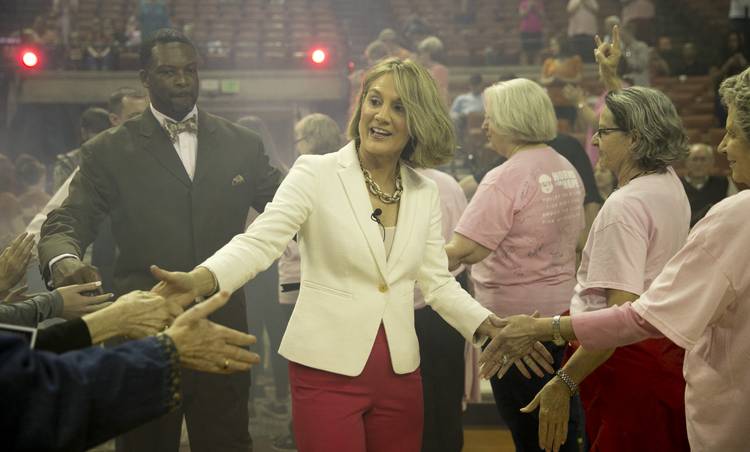 UT head coach Karen Aston greets fans as she walks onto the court for the game against West Virginia at the Frank Erwin Center on Sunday February 21, 2016. JAY JANNER / AMERICAN-STATESMAN

A healthy boost in pay for Karen Aston, the women’s basketball coach at the University of Texas, was approved Friday by the UT System Board of Regents as expected.

The team has steadily improved under Aston, advancing last season to the Elite Eight before losing to the University of Connecticut, the eventual national champion.

“The market for women’s basketball coaches is higher than ever before,” said Chris Plonsky, women’s athletics director. “We wanted to make a statement that we’re committed to her.”