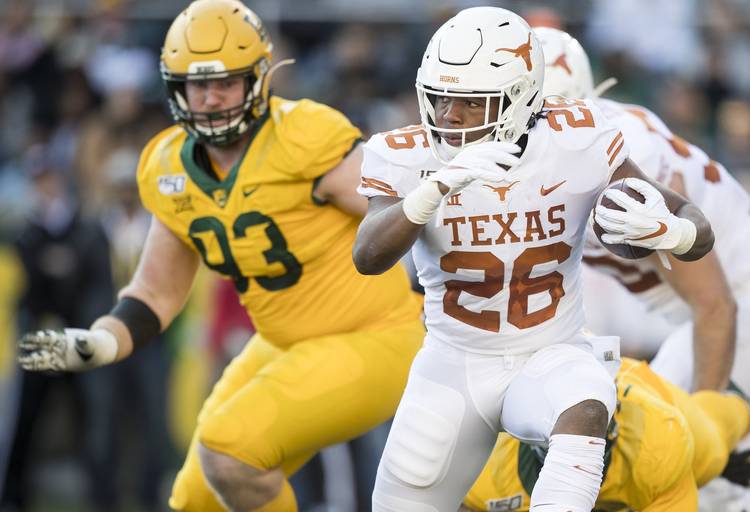 Texas Longhorns running back Keaontay Ingram (26) looks for room to run against Baylor in Waco on Nov. 23, 2019. [RICARDO B. BRAZZIELL / AMERICAN-STATESMAN]

Keaontay Ingram is among the players listed on the preseason watch list for the Doak Walker Award, Texas announced on Wednesday.

The Doak Walker Award is the annual prize for the best running back in college football. It was first awarded in 1990 to Washington star Greg Lewis.

Ingram, who is entering his junior year, ran 144 times for a team-high 853 yards in 2019. The six-foot, 235-pound Ingram rushed for seven touchdowns and caught three touchdown passes.

Only one player who claimed the Doak Walker Award — BYU’s Luke Staley in 2001 — received fewer than 200 carries during their award-winning season. That tidbit may not bode well for Ingram’s candidacy. In addition to Ingram, Texas has retained experienced runners in Roschon Johnson and Daniel Young. Bijan Robinson, a five-star recruit, is also set to join the Longhorns this fall.