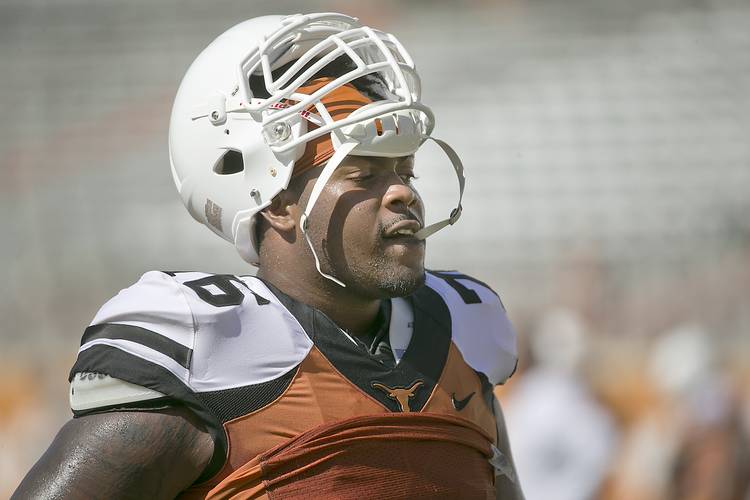 His appearance in Travis County county court is scheduled for the Friday before Perkins and the Longhorns play Oklahoma in Dallas. Perkins is not expected to appear at the hearing.

Perkins, 21, was arrested and taken to jail early last Friday after he fell asleep and wrecked a car he was operating at a Raisin Canes drive-thru. According to an arrest affidavit, a preliminary breath test taken at the scene of the crash showed Perkins’ blood-alcohol content at 0.178, more than twice the legal limit of 0.08. An intoxilyzer administered twice at the jail at 4:34 a.m. showed it at 0.125 and 0.135, the affidavit said.

Perkins was released from jail that morning after posting a $4,000 bond.

Perkins, an offensive lineman who has been a fixture in the starting lineup, is suspended for one game and will not make the trip this Saturday for Texas’ Big 12 opener at Oklahoma State.

On Monday, Perkins addressed his arrest at the team’s weekly press conference.

“I want to apologize to my teammates, my coaches, my family, all my loved ones and anybody who ever looked up to me,” Perkins said. “I made a mistake. That’s not me. It hurts even more because I felt I let them all down. I have a lot of good people in my corner, and this will never happen ever again.”