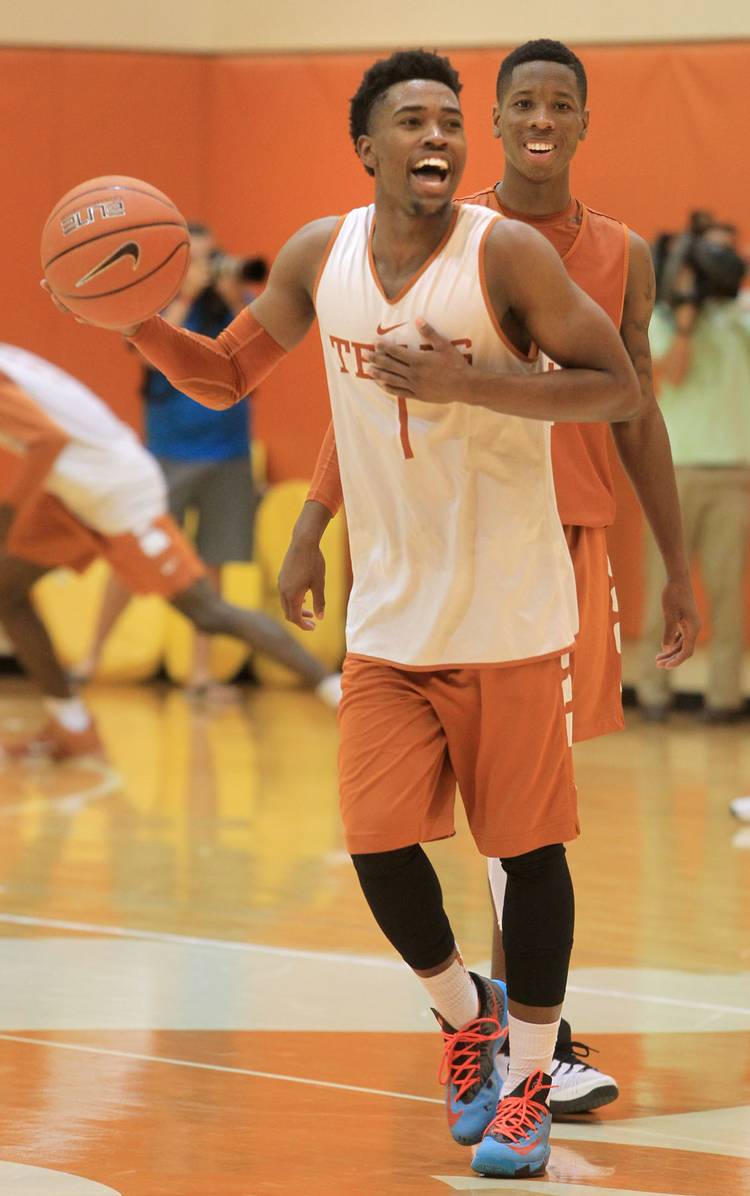 Texas guard Isaiah Taylor and Kerwin Roach, right, may make up one of the fastest backcourts in the nation this season under first-year coach Shaka Smart. (Stephen Spillman / for American Statesman)

“You probably didn’t notice, but Texas Lutheran’s star receiver is freshman Jekovan Holmes, the son of former Longhorns running back Priest Holmes. He’s doing his own (Baylor WR Corey) Coleman impersonation with 14 touchdown catches to set a school record. He has a touchdown catch in six consecutive games and ranks seventh in Division III in total scores for the Seguin school (7-2), which can wrap up its third straight outright SCAC championship with a win Saturday.”

“Kerwin Roach looks to be a star on Shaka Smart’s basketball team. He already has star quality, a vertical leap out of this world and confidence to match. Let’s hope there’s no friction if he beats out Isaiah Taylor for the starting point guard position. And with the recent commitment of Louisiana three-star defensive end Malcolm Roach (no relation), Texas will have a pair of Roaches on campus who could, uh, bug the heck out of opponents.”

On the Big 12 backloading its schedule for the College Football Playoff committee:

“Did the Big 12 backload its schedule on purpose? Nope. Said league spokesman Bob Burda, “It’s just the way it fell this year.” But it should help give the surviving team a considerable bump in the CFP rankings. The league office has to factor in several principles, such as no more than two consecutive Big 12 road games, no more than two games against opponents coming off bye weeks and similar Thursday game recovery periods for the competing teams.”

For Kirk’s thoughts on the Heisman race and the rest of his 9 Things and his crazy prediction, click here.

Texas gets commitment from three-star DE