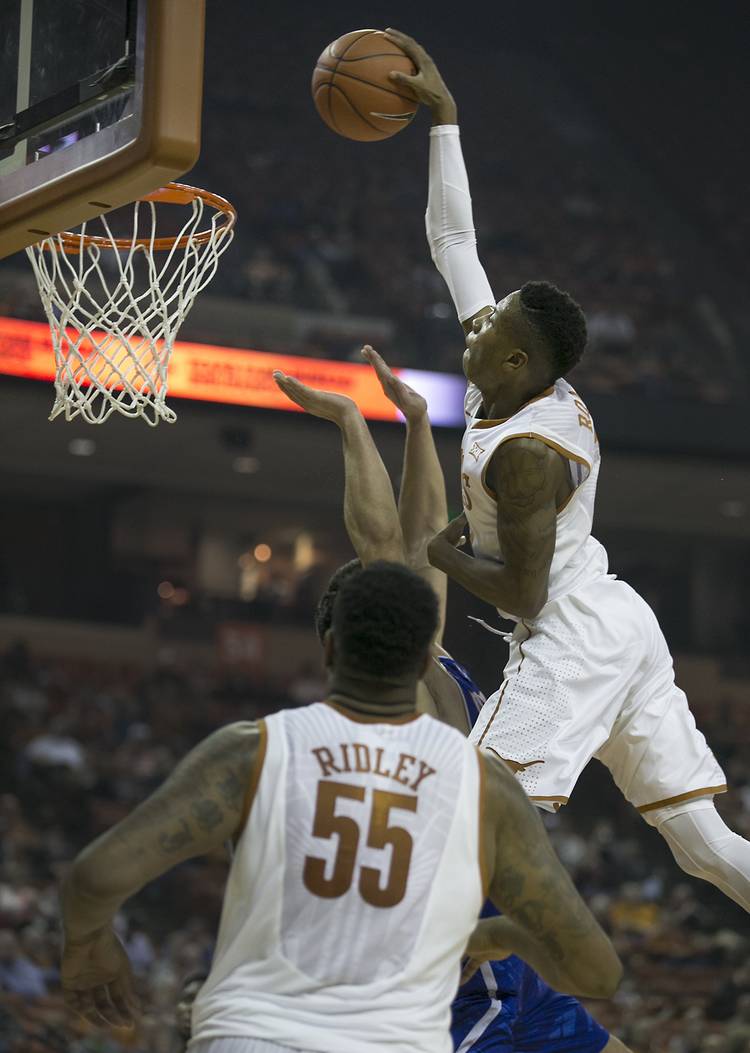 Late in the first half of Texas’ game with UT-Arlington Tuesday night, Freshman guard Kerwin Roach drove coast-to-coast and woke the sleepy Club Erwin crowd with a one-handed dunk to pull the Horns within seven.

Roach finished the night with six points as the Longhorns defeated the Mavericks in overtime 80-73 to push their overall record to 3-3.