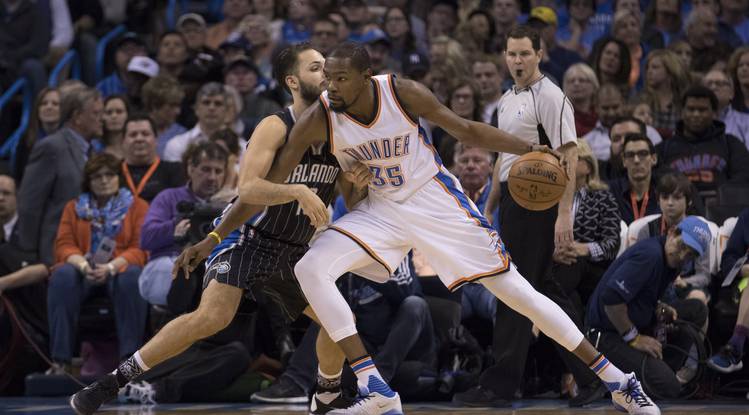 With half a second left on the clock, Durant nailed a 3-pointer for a 117-114 win for the Thunder. The Texas Ex also extended his streak of games with 20 or more points to 36.

Check out the clip below:

Texas football alums react on Twitter to the class of 2016