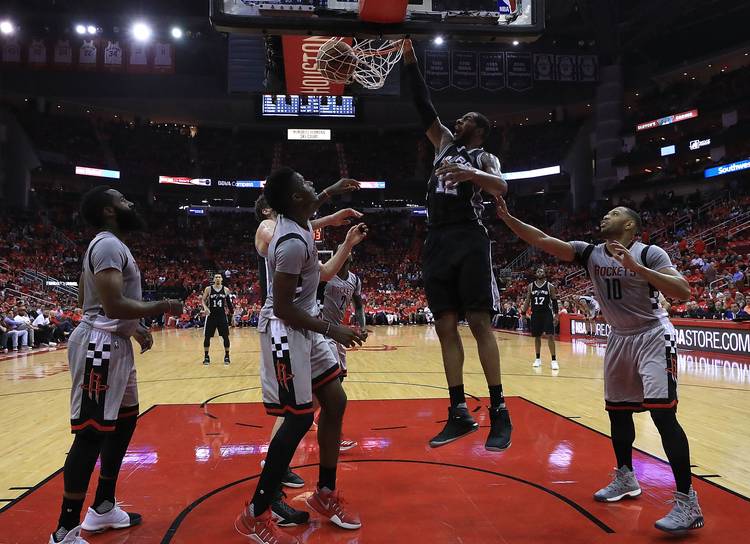 LaMarcus Aldridge #12 of the San Antonio Spurs dunks against Clint Capela #15 and Eric Gordon #10 of the Houston Rockets during Game Six of the NBA Western Conference Semi-Finals at Toyota Center on May 11, 2017 in Houston, Texas. (Photo by Ronald Martinez/Getty Images)

LaMarcus Aldridge led the Spurs to a stunning, 39-point closeout win over the Houston Rockets on the road Thursday.

The former Longhorn led all scorers with 34 points to go along with 12 rebounds.

San Antonio needed the veteran to step up in the absence of All-NBA forward Kawhi Leonard, who was out with an ankle injury. Aldridge did just that, scoring 16 points in the first half to give the Spurs a 19-point lead at halftime.

Everything seemed to be working for Aldridge. He took advantage of his size down low against the Rockets’ smaller defenders, but he also hit his outside jumper consistently.

LA doing work. He leads all scorers with 14. #GOSPURSGO pic.twitter.com/MpqUAONyGj

He stayed hot in the second half, scoring 18 points and never letting the Rockets get back into the game.