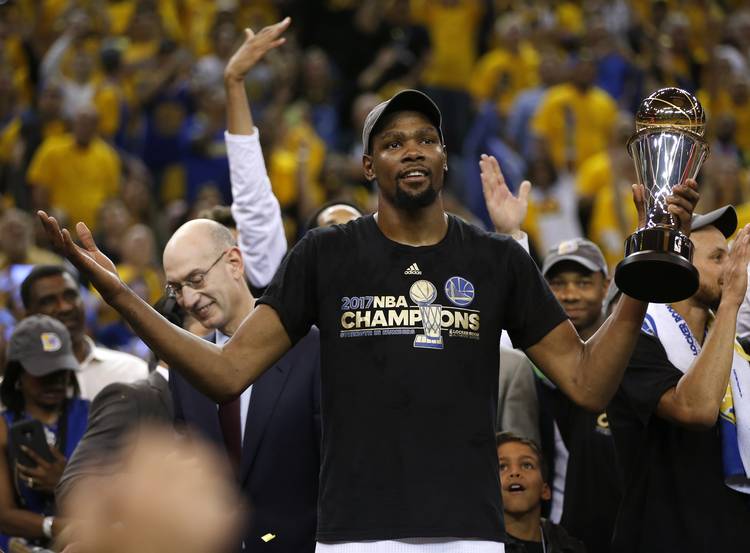 People have mixed feelings on Texas Longhorns alum and current NBA Finals MVP Kevin Durant. Durant earned his first-ever championship on Monday as the Golden State Warriors recorded a 129-120 win over Cleveland, and fans had a lot to say about the matter:

Congratulations to Kevin Durant. Although most of the public wanted to see him fail, he earned that Finals MVP trophy. #NBAFinals

But so did people who wouldn’t exactly classify themselves as “fans”:

If I could meet Kevin Durant, I wouldn't.

No one understands how mad I am that Kevin Durant got his..actually y'all would've thought I would've proud of him…was a huge KD fan..

I will never Respect Kevin Durant

LeBron James says he's "not happy at all" for Kevin Durant https://t.co/B83cl3o6DX pic.twitter.com/bhj6Ktv7Cq

But what does Rihanna have to say?