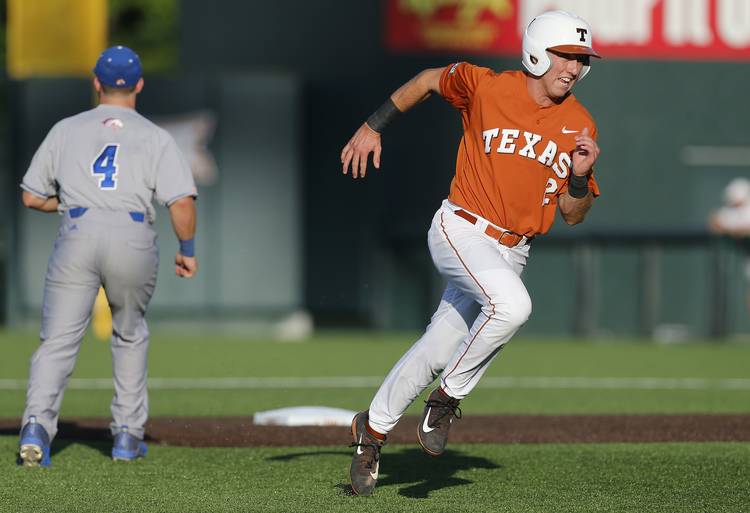 The second of Kody Clemens’ two homers on Friday night was a walk-off blast to beat TCU at UFCU Disch-Falk Field.

Ahead of Friday’s win, Texas trailed the Big 12-leading Oklahoma State Cowboys by a game in the standings. At the time of UT’s final out, Oklahoma State was trailing 13-6 in the seventh inning of its game against Texas Tech.

Texas fell into a first-inning hole as Chase Shugart issues a bases-loaded walk and David Hamilton committed a two-run error. The Longhorns, however, got a run back in the fourth frame and Kody Clemens tied the game with a two-run shot in the fifth frame.

TCU and Texas remained tied until the bottom of the ninth inning. With two outs, Duke Ellis beat out a ground ball to first base. Clemens then hammered a two-strike pitch over the fence in right field.