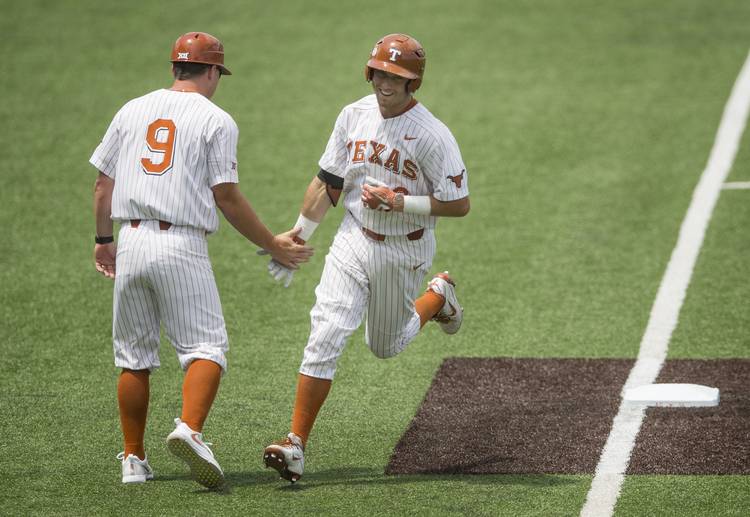 Texas will head into the postseason with an All-American bat in its line-up.

Texas hasn’t had a first-team All-American on its roster since 2011. The last position player from UT to earn such an honor? Outfielder Kyle Russell in 2007. Clemens is also his family’s first All-American, which is an impressive feat when you consider that his father, Roger, has his number retired at Texas and his older brother, Kacy, was the Longhorns’ top offensive threat in 2017.

Unable to pay the field for much of the 2017 season as he recovered from Tommy John surgery, Clemens has also been a defensive force this year. The Houston native has committed only four errors in 2018. Texas ranks fourth in the NCAA in double plays (63). Only 23 teams have bettered UT’s .977 fielding percentage.

“I’m honored to win the Big 12 award and to be an All-American — it’s unbelievable to know that I was able to do that,” Clemens said on Thursday. “It’s crazy to say that I’m an All-American. But all that’s going to get out of my mind real quick and this weekend is going to be my priority. I’m excited and I think the whole team is excited.”

Read more: Aggies an attraction but David Pierce warns Longhorns to not overlook other guests

UPDATE (3:24 p.m.): Clemens has also been named a first-team All-American by Baseball America.