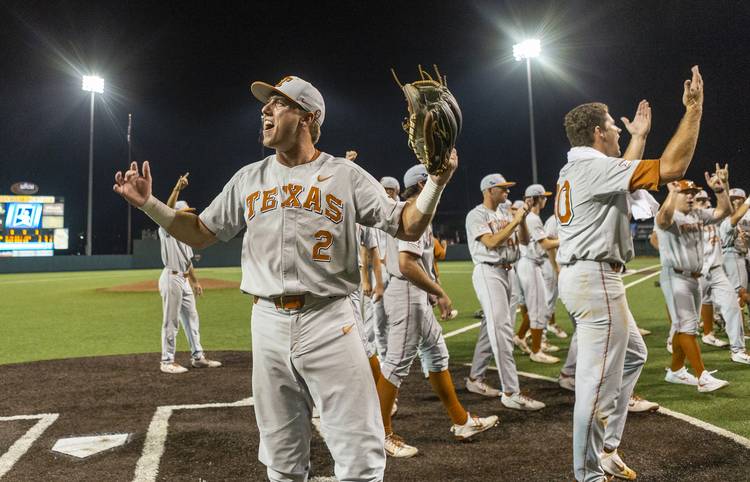 Texas second baseman Kody Clemens continues to rake in accolades as the National Collegiate Baseball Writers Association named him the District 7 Player of the Year on Friday.

The day before, Clemens earned a spot as a finalist for the Dick Howser Trophy. Other finalists are Joey Bart of Georgia Tech, Casey Mize of Auburn, Brady Singer of Florida and Bren Spillane of Illinois.

He is a third-round draft pick of the Detroit Tigers and won the Big 12 Player of the Year award. Clemens also made the Baseball America and Collegiate Baseball All-America teams. The junior is also a Golden Spikes Award finalist.

The Howser Trophy will be presented on June 16 at 10 a.m. at TD Ameritrade Park.

Clemens and the Longhorns begin their super regional series Saturday at 2 p.m. at UFCU Disch-Falk Field. They face Tennessee Tech for the opportunity to advance to the College World Series.