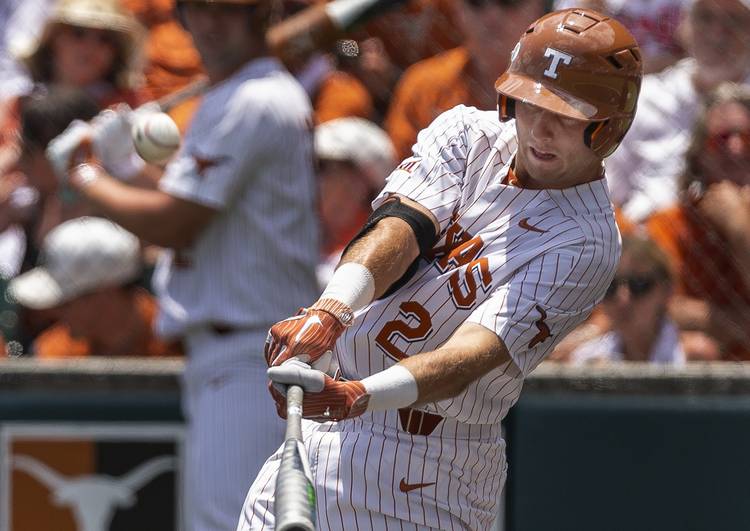 Kody Clemens has earned a spot on three more All-America teams, adding to his spots on the Collegiate Baseball and Baseball America teams.

D1Baseball.com, NCBWA and Perfect Game/Rawlings all named the junior second baseman to their All-America teams.

Clemens had an outstanding Super Regional series against Tennessee Tech. He went 5-for-8 with a home run in each game while totaling four RBIs for the series.

Clemens has hit 24 home runs, trailing Kyle Russell’s 28 in 2007 for the most in a single season in school history.

He is a third-round draft pick of the Detroit Tigers and won the Big 12 Player of the Year award. Clemens is also a finalist for the Golden Spikes Award and the Dick Howser Trophy.

The Texas baseball team begins action at the College World Series on Sunday at 1 p.m. They face Arkansas in their first game.