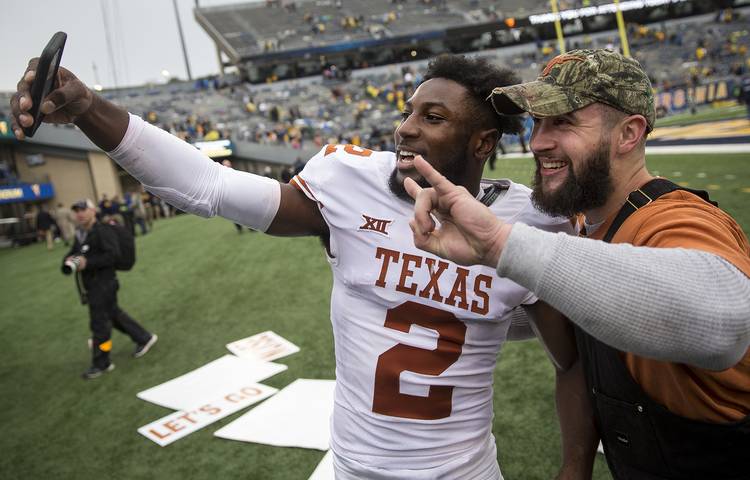 Boyd, a member of Charlie Strong’s 2015 recruiting class that ranked 10th in the nation, was expected to become a starter. He was a four-star recruit out of Gilmer, where he played for Jeff Traylor, who’d go on to work on Strong’s final staff.

Boyd helped Gilmer to a 2014 Class 4A Division I state championship and rushed for more than 1,000 yards as a senior while also starting full-time on defense.

The cornerback was a three-time all-district selection, participated at The Opening in 2014 and was selected to play in the 2015 U.S. Army All-American Game.

That year he ranked 13th on the Fabulous 55 and was a top-100 overall national prospect, per 247Sports’ composite.

Who Boyd has been here — so far

It didn’t take long for Boyd to find his way onto the field. He played in all 12 games as a freshman, finishing the year with 16 tackles and a forced fumble. He was relied upon more on special teams than cornerback, but that changed his sophomore season. In 2016 he started the final eight games at cornerback; he finished the year with an interception, two fumble recoveries, two forced fumbles and 51 tackles (sixth on the team), and his first career interception sealed the win over Texas Tech.

Boyd started in 12 of the 13 games in 2017. He was named second-team All-Big 12 by the Associated Press after finishing fifth on the team with 57 tackles. He also recorded two interceptions. His 15 pass breakups were the most by a Longhorn since 2011.

With the departure of Hill, Boyd is expected to cover the opponent’s top wide receiver in 2018.

Boyd entered his junior year as UT’s more-heralded cornerback, but Hill stole the show during a suspension-shortened season. With his 17 passes defended ranking among the NCAA’s leaders, Boyd still performed well in this pass-happy conference. A dip in those statistics, though, could be a good thing for Boyd since that would likely mean opposing offenses are deciding to throw elsewhere.