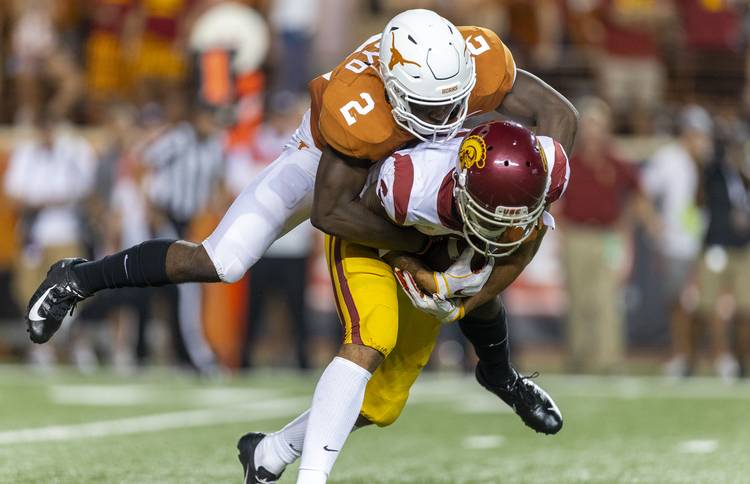 The Longhorns cornerback was reminded about that interception last fall, as Mahomes was tearing it up in his first season starting for the Kansas City Chiefs. “I’m going to remind him when I see him,” Boyd said. He and Mahomes both hail from East Texas; their paths will likely cross next in the NFL.

Mahomes, of course, is the NFL’s reigning MVP. On Saturday, Boyd was taken by the Minnesota Vikings in the seventh round of the NFL draft. Kansas City hosts Minnesota on Nov. 3.

The draft’s 217th overall pick, Boyd (5-11, 201) started 33 games in his Texas career and earned all-conference honors in 2018. He compiled 191 career tackles, four interceptions, four forced fumbles and defended 40 passes. He had a solid performance at the NFL scouting combine in February; his 19 reps on the bench press led all cornerbacks.

Boyd becomes UT’s ninth active defensive back in the NFL. One of those defensive backs is cornerback Holton Hill, who signed with Minnesota as an undrafted free agent after starting alongside Boyd during the 2017 season. Former UT cornerback Duke Thomas also recently signed with the Vikings after a stint in the Alliance of American Football.

DBU in the NFL