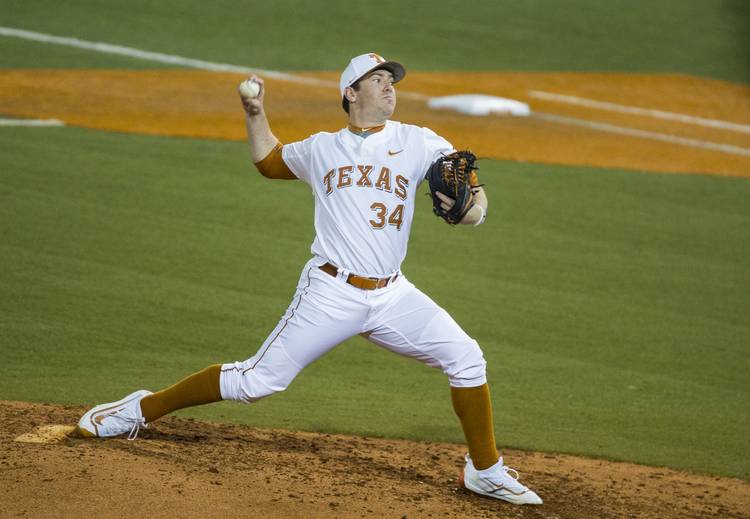 The Texas baseball team missed out on a sweep as Kansas State put together a two-out, two-run rally in the eighth inning to edge past the Longhorns 3-2 Sunday in Manhattan, Kan.

UT’s Zane Gurwitz hit a solo home run with one out in the ninth, but a popout and a groundout ended the game.

Patrick Mathis’ sacrifice fly in the second and Gurwitz’s homer were all the offense Texas could muster.

The Wildcats scored a run on a sacrifice fly in the seventh and two runs on singles in the eighth.

UT’s Kyle Johnston held Kansas State scoreless through six innings. He was replaced in the seventh after he gave up a leadoff single and struck out a batter.

Travis Duke took over and gave up a double to Michael Smith. Duke was pulled, and Chase Shugart took the mound. On the next at-bat, Clayton Dalrymple got Kansas State within one when he hit a sacrifice fly.

Shugart struck out the leadoff batter in the eighth and, after giving up a single to Tyler Moore, struck out Tyler Wolfe. Moore moved to second when Quintin Crandall was hit by a pitch. The Wildcats took the lead on back-to-back singles by Cade Bunnell and Smith.

Johnston was charged with the run in the seventh and held Kansas State to four hits with four strikeouts and two walks.