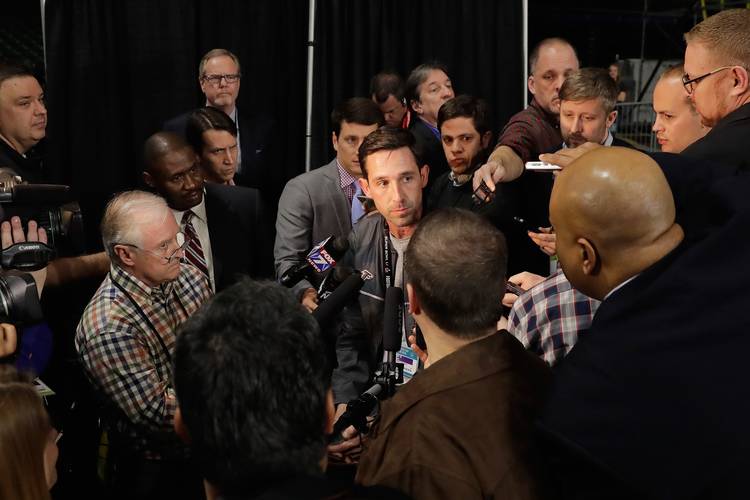 HOUSTON — Kyle Shanahan knew he wanted to be a head football coach long before he loaded up his late-model Audi on the Duke campus in Durham, N.C., and made the two-day trek to Austin to play for Mack Brown and the Texas Longhorns.

“And I broke it on the way,” the Atlanta Falcons offensive coordinator told me.

That was only one step in an arduous journey that in less than a week will likely take him to San Francisco and land him one of the plum 32 jobs in the NFL. Yes, even the 49ers head coaching job is a plum, just not the brightest plum on the tree.

As celebrated as the 37-year-old has been in the guru behind the most recent NFL team tasked with dethroning the dynasty that is the New England Patriots, as strong a testament as has been his guidance of the Atlanta Falcons into the eighth most prolific scoring team in league history, Shanahan is taking a big risk.

To read the rest of the column, including why the move to hire the former Longhorn by the San Francisco 49ers could be smart, click here.