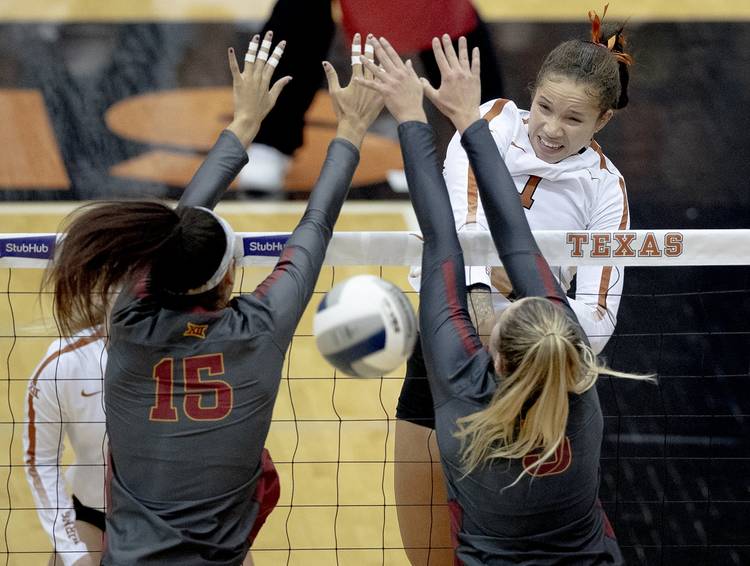 Texas outside hitter Micaya White (1) spikes the ball past a pair of Iowa State blockers on Sept. 25, 2019 in Austin. [NICK WAGNER/AMERICAN-STATESMAN]

Once again, Texas senior outside hitter Micaya White has been honored alongside the best volleyball players in the nation.

White was placed on the first team of the AVCA’s All-American team on Wednesday. This marks the fourth time in White’s collegiate career that she has been named an AVCA All-American. White was a first-team honoree in 2016, a second-team selection in 2018 and a third-team pick in 2017.

White was joined on the AVCA’s All-American team by sophomore outside hitter Logan Eggleston, who earned a second-team designation. Eggleston hit .314 and averaged 3.54 kills per set this season. Her 52 aces were the most for a Longhorn since Mira Topic had 53 in 2003.

Texas went 23-4 in 2019. The Longhorns had their season ended by a surprising loss to Louisville in the third round of the NCAA Tournament.