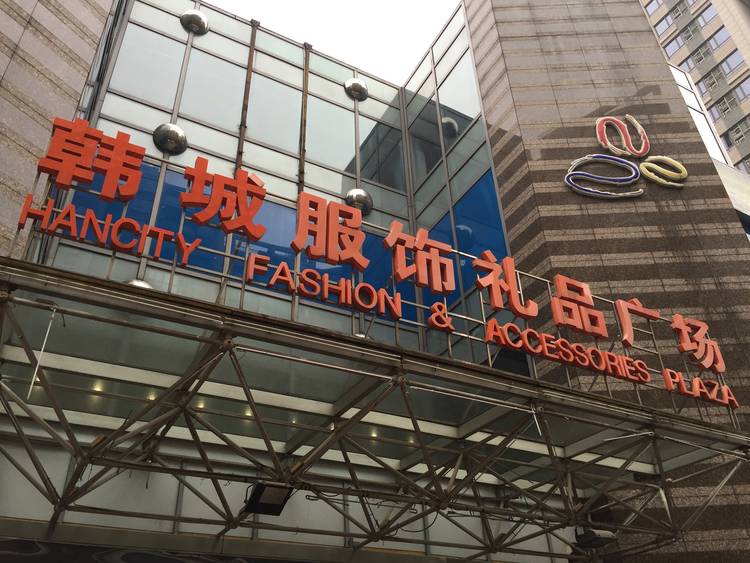 The Longhorns spent the afternoon at the Hancity Fashion and Accessories Plaza, where haggling over everything from purses to suitcases to refrigerator magnets was total normalcy.

SHANGHAI — Want some real shopping adventure in China? Visit the Han City Fashion and Accessories Plaza, a place where even the interpreter encourages you to “haggle, because everything is fake.”

Oh, and remember, the goods at the front of each store are normally cheaper items. To see the “good stuff,” you may have to go into a dimly lit closet to look at some Louis Vuitton handbags or into a stairwell to look at watches.

“Don’t worry,” the interpreter said, “this is normal.” Um, not at Barton Creek Square, it’s not.

For the Texas traveling party, this made for one heck of a Thursday afternoon.

The Longhorns worked out at a local high school and then loaded the bus for what was described as a sight-seeing tour. The driver took the Longhorns to a four-story building that was something akin to a full-contact bazaar.

You’ve never seen so many pushy, aggressive, happy, angry, haggling shopkeepers in all your life. There’s something not quite right about watching a 5-foot tall Chinese woman drag 6-foot, 3-inch Demarcus Holland down the aisle and force him to look at backpacks.

“You get special price,” several female store owners said to anyone who showed even passing interest. And when it appeared you weren’t interested, they’d do whatever it took to close the deal. “You so handsome” was a popular come-on. Or, “I give this to you below cost.”

I walked into one little store and accidentally scared the woman, who was crouched on the floor stuffing things into a hole in the wall. “Oh, I thought you police!,” she said. Nope, but I’ll be shuffling off now. Thanks!

It’s hard not to strike some kind of deal for a handbag, clothes, shoes or a suitcase. One shopkeeper showed me a The North Face jacket and said, “For Chinese customers, I charge ¥1,800. But for you, it’s ¥800.” Huh? Come again? So I get ¥1,000 yuan right off the top just for being a foreigner?

Five minutes later of me half-heartedly walking out multiple times, she finally grabbed my arm and suggested ¥300, which converts to roughly $47 dollars.

At that point, I gave in — just to get out of there, really. Sold, to the Texan who thinks he knows a decent deal when he sees it. Of course, does this thing hold up like a real The North Face jacket? Check back with me after a few months.

Store workers were equally happy to haggle with the Longhorns and take their picture with them. Isaiah Taylor was getting pulled behind a curtain. Connor Lammert, Javan Felix and I ended up in a closet looking at handbags.

On the bus ride back to the hotel, everyone was comparing notes and war stories from the economic front lines. I’d imagine the workers go home exhausted every night, spending all day long aggressively haggling with people smart enough to know better.

But, man, talk about crazy and fun.

Texas gets commitment from three-star DE