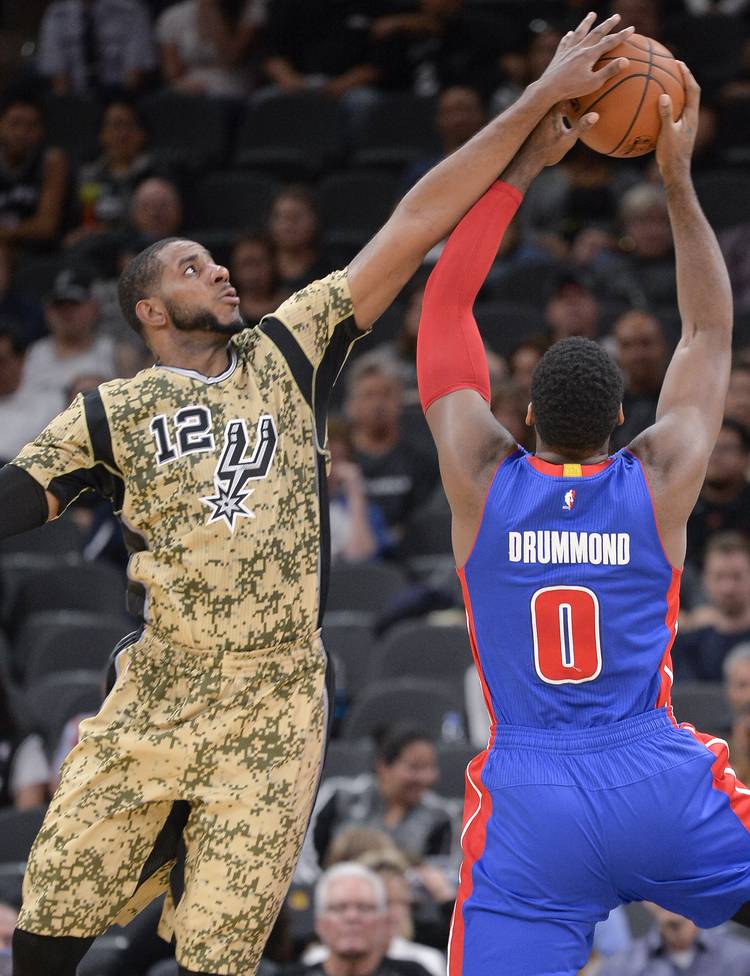 Kevin Durant, SF, Golden State—Though his streak of 20-point games came to an end last week, he’s gotten back on track, scoring 59 points over his next two games, both wins. He had 29 points in the 133-120 win over the Suns on Sunday. Durant followed that up with 30 points and 9 rebounds in the 127-121 win over the Raptors Wednesday. Perceived Drake beef aside, Durant had a good week.

LaMarcus Aldridge, PF, San Antonio—The 10-year veteran has helped the Spurs win four games in a row. In Wednesday’s 110-105 victory over the Kings he scored 21 points to go with six rebounds, two steals and two blocks. He had a double-double in the 106-100 win over the Rockets on Saturday, scoring 16 points and pulling down ten boards. On the previous night he had another double-double against the Pistons. He had 18 points and shot a season-high .571 in Monday’s 94-90 win over the Heat.

Myles Turner, C, Indiana—Turner’s scoring has been up and down in his last four games, but his limited minutes in his two down games were due to foul trouble. He scored 12 points, four blocks and eight rebounds in the 103-93 win over the Cavs on Wednesday. He had 17 points, eight rebounds, four steals and three blocks in Saturday’s loss to Boston. He’s averaging 14.4 points, 7.1 rebounds and 2.4 blocks per game this season.

Tristan Thompson, C, Cleveland—Thompson’s Cavs had won three in a row before falling to the Pacers and fellow lifetime Longhorns, Turner on Wednesday. He had 12 rebounds in the loss. In Tuesday’s win over the Raptors he scored 15 points to go along with 11 rebounds. It was his third double-double of the year. He had three blocks in last Friday’s win over the Wizards and had three more in the win over the Hornets on Sunday.

D.J. Augustin, PG, Orlando—Augustin has scored in double figures in three out of his last four games. He had 19 in the 87-74 loss to the Jazz last Friday. He followed that up with 12 points in the 119-117 win over the Thunder on Sunday. Most recently he scored 11 in the 89-82 win over the Pelicans on Wednesday.

Cory Joseph, G, Toronto—Joseph scored 12 points and had two assists in the 113-111 win over the Hornets last Friday. He had 14 points in the 127-121 loss to the Warriors on Wednesday. He’s averaging 6.9 points per game, a little more than his career average.

P.J. Tucker, SF, Phoenix—The Suns have lost five out of the last six with Tucker’s best game coming in at 8-point, 8-rebound performance on Sunday against the Warriors. He also had two steals in the game.

If the quarterback thing doesn’t work for Colt McCoy, he may have this to fall back on