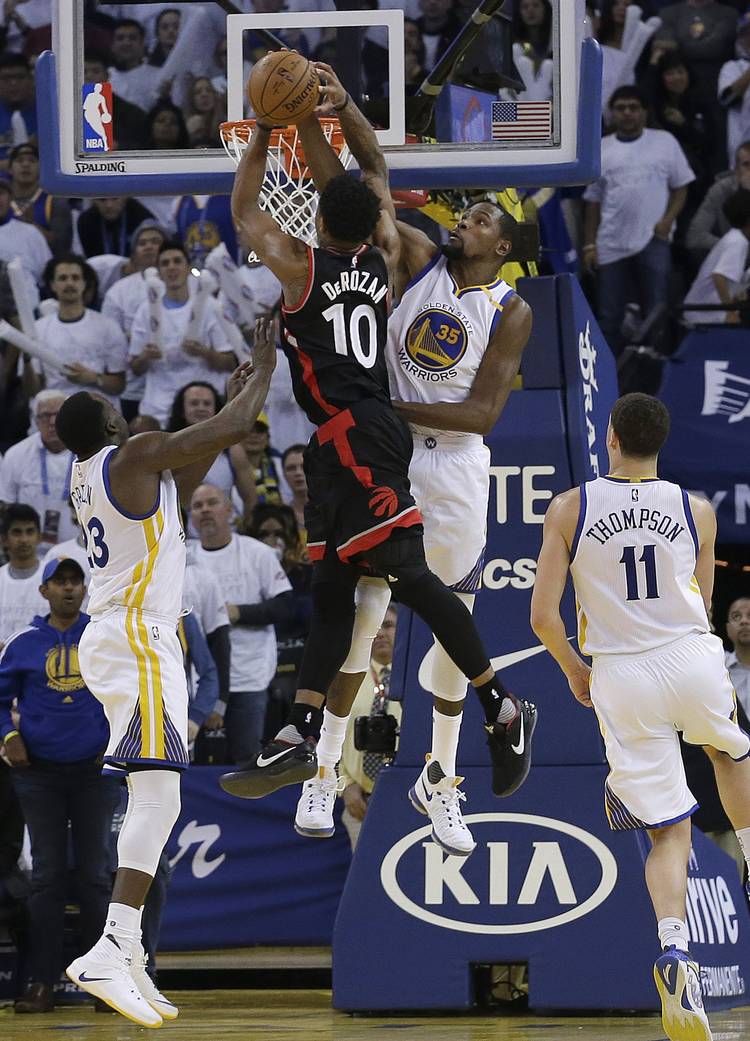 Kevin Durant, SF, Golden State—The Warriors had their seven-game winning streak snapped at the hands of the Cavaliers on Christmas, but Durant had a big game in the effort. He scored 36 points and collected 15 rebounds in the loss. He shot 48 percent and was 12-for-12 from the free-throw line. In last Friday’s game, a 119-113 win over Detroit, he had 32 points and eight rebounds. Golden State bounced back from the loss to the Cavs with a 121-111 win over Toronto with Durant recording a double-double, 22 points and 17 boards. He added seven assists and five blocks in the win. Here’s his best block of the game.

LaMarcus Aldridge, PF, San Antonio—The Spurs have won three in a row entering Friday. Aldridge had a double-double, scoring 18 points and grabbing 14 rebounds in a win over Portland last Friday. He scored 60 points over the next two games as the Spurs logged back-to-back blowout wins over the Bulls and Suns. His 33 points led the Spurs against the Bulls as did his 27 against the Suns. Here are his Suns highlights.

Avery Bradley, PG, Boston—Bradley is coming off of back-to-back 23-point performances. He had 23 points and four steals in the 124-118 loss to the Cavaliers on Thursday. He scored 23 and hauled in seven rebounds in Tuesday’s win over the Grizzlies. He totaled just 25 points in the two previous games combined.

Myles Turner, C, Indiana—Turner has a 12-game streak of scoring at least double digits heading into Friday. He had 16 points, eight rebounds and three blocks in the 90-85 loss to the Bulls. Following that he scored 15 points and hauled in eight rebounds in addition to making three blocks against the Wizards. The Pacers fell in that contest 111-105, however. His season averages (15.3 points, 7.3 rebounds, 2.4 blocks) are well above his career averages.

Tristan Thompson, C, Cleveland—Thompson put in a solid performance on Christmas, scoring eight points and grabbing eight rebounds. He also made a steal in his 28 minutes. The Cavs had an unexpected loss to Detroit on Monday, but Thompson managed ten rebounds and a block. He added seven points in the loss. The Cavs bounced back on Thursday, defeating the Celtics 124-118 with Thompson scoring 11 points and collecting nine boards.

D.J. Augustin, PG, Orlando—The Magic have one two of the last three games with Augustin playing a useful role. He had ten points and seven assists in the 112-102 win over the Grizzlies on Monday. Last Friday he scored 11 to go with four assists as the Magic topped the Lakers 109-90. He’s moving his season averages up a little closer to his career numbers.

P.J. Tucker, SF, Phoenix—Phoenix has won two of its last four games, which is no small feat for the struggling Suns. Tucker scored 14 points and added four rebounds in the 99-91 win over the Raptors on Thursday. It was a big improvement over his combined two points in the two previous games. Before that he scored 15 and had six rebounds int he 123-116 win over the 76ers last Friday.

Cory Joseph, G, Toronto—Joseph’s best performance, 15 points and six rebounds, came in the 99-91 loss to the Suns on Thursday. He was 6-for-10 in the loss.  In the Raptors’ last win, a 95-91 triumph over the Portland the day after Christmas, he had six points and two rebounds.