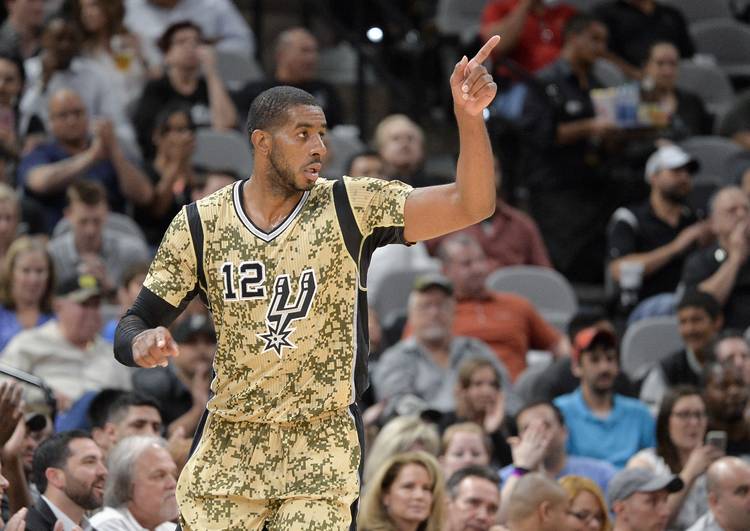 Kevin Durant, SF, Golden State—Multiple reports have Durant getting better from his knee injury. It’s possible he may even return before the regular season ends, according to ESPN.com’s Marc Stein and Chris B. Haynes. He can sprint and participated in on-court workouts this week. The Warriors are currently on a five-game winning streak.

LaMarcus Aldridge, PF, San Antonio—Aldridge was unexpectedly shut down earlier this month due to a minor heart issue. On March 15th he returned to action after getting clearance from medical staff. He scored 19 points and grabbed seven rebounds in his return against Portland after missing two games. The Spurs lost 110-106 and dropped a second in a row on Saturday against Memphis. Aldridge had 21 points, nine boards and four assists in that game. Since then the Spurs have won three straight, with Aldridge scoring 18-26-23 in those games. He even had three blocks in the 97-90 win over Memphis on Thursday.

Myles Turner, C, Indiana—Turner’s struggled to score from the field recently, putting up double digits in just three of his last 10 games entering Friday. He had 16 points and six rebounds in the 107-100 win over the Jazz on Wednesday. Turner’s averaging 9.4 points this month, down from 14.2 in the month of February. He’s had at least one block in 63 out of 72 games this season.

Avery Bradley, PG, Boston—After missing a lot of time with an Achilles’ injury, Bradley’s minutes and production have increased since returning at the end of February. He scored 18 points and pulled down eight rebounds in the Celtics’ 109-100 win over Indiana on Wednesday. Bradley had 20 points and nine rebounds in the previous win over the Wizards. He has scored in double digits in 11 straight games. Bradley’s averaging 15.5 points, 4.6 rebounds and two assists per game in March.

Tristan Thompson, C, Cleveland—After a string of double-doubles in the month of February, Thompson has struggled to score consistently. He’s had just three games in double figures in March, including 11 points in Saturday’s loss to the Clippers. His rebounding numbers are down as well. Thompson’s averaging seven points and 8.3 rebounds in March after 11.7 points and 10.1 rebounds in February.

Cory Joseph, G, Toronto—The Raptors have won four in a row and Joseph has scored in double digits in two of those games. He had 19 in the 122-120 win over the Bulls on Tuesday. Before that he scored 11 and assisted on nine baskets in the 116-91 win over the Pacers. Joseph’s averaging 11.5 points per game in March, up from 7.9 last month. He’s made at least one 3-pointer in six straight contests and 10 out of 12 games this month.

D.J. Augustin, PG, Orlando—Last time we checked in with Augustin he had a streak of nine straight games of making at least one 3-pointer. That streak ended and he went four straight without making a three. He’s since started a new streak, hitting at least one three in his last three games entering Friday. Augustin had 12 points in last Friday’s win over the Suns. That was his highest output since the first day of the month in which he scored 15 against the Knicks.