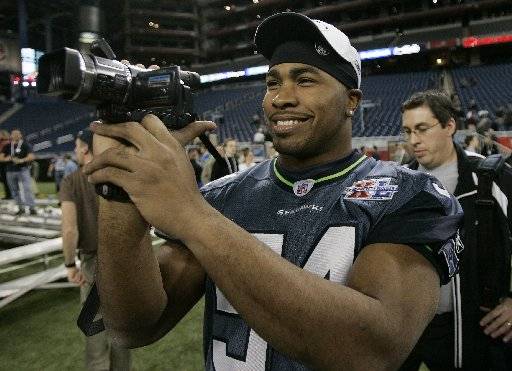 It’s part of the lead up to the Super Bowl, which is celebrating its 50th anniversary.

The NFL is honoring its “High School Honor Role” of athletes who have played in the Super Bowl and contributed to their community. Lewis, a former Seattle Seahawk, presented a golden football to Aldine High School.

Lewis posted the photo to his social media accounts, Friday.

Lewis played for Texas from 1997-2001. He set the career school record for career fumble recovers. He had a school single-season record of five in the 2000 season.

He played in the 2006 Super Bowl against Pittsburgh.