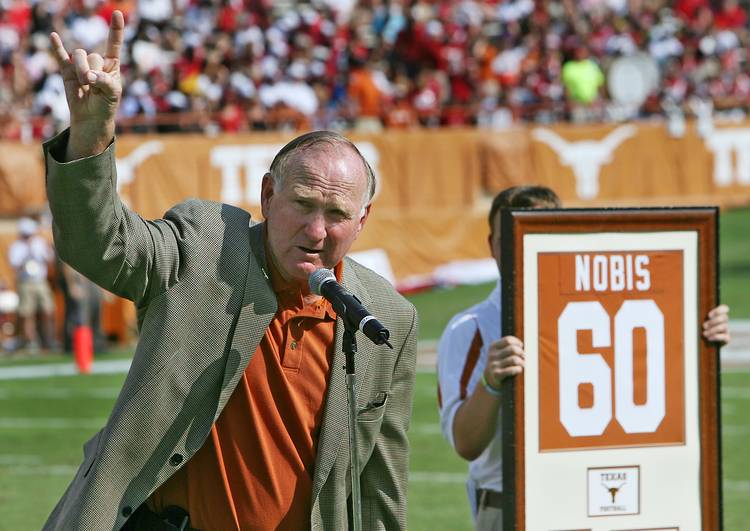 Also drafted by the Houston Oilers of the AFL, Nobis went to the expansion Falcons with the first overall pick. The defensive stalwart didn’t disappoint, making five Pro Bowls and one All-Pro selection. Nobis is a member of the Falcons’ Hall of Honor, the Georgia Sports Hall of Fame and his No. 60 jersey is retired. At Texas, Nobis was an All-American and was inducted into the College Football Hall of Fame. Darrell Royal once called him “the finest two-way player I have ever seen.”

The former All-Big 12 performer played eight seasons with the Falcons and started in the 2012 NFC Championship game.

Of note: Nobis was the first overall pick of the 1966 draft, joining Kenneth Sims and Earl Campbell as No. 1 overall picks. He is the first Longhorn taken No. 1 overall. However,  he went fifth overall in the AFL draft, but he never played in Houston.