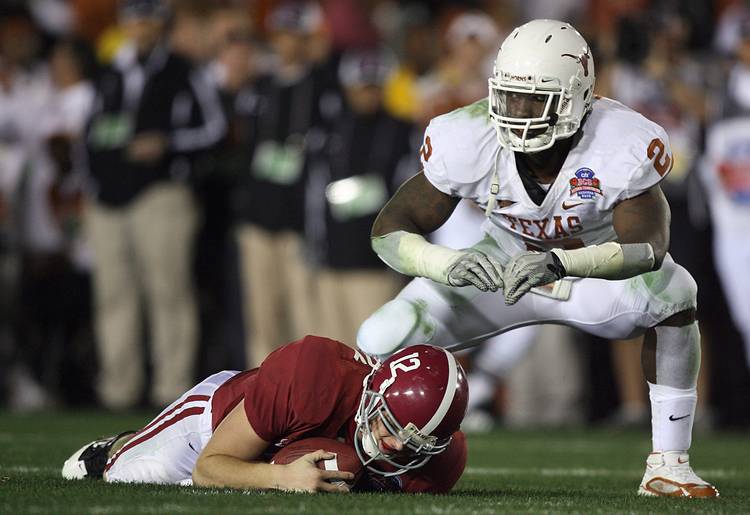 The 164th pick of the draft (the fifth round), Brown played in 46 games for the Ravens in three seasons. He split time with the Ravens and the New York Giants last year. He has 66 career tackles. He signed with Cincinnati in February.  As a Longhorn, Brown played in 47 games, starting 29. He started nine games as a senior in 2010 before suffering a season-ending forearm injury against Kansas State.

Most recent: Brown is the most recent Longhorn drafted by the Ravens.

Woodard was drafted in the sixth round, 191 overall, and never played for the Ravens. He signed in 2001 with Seattle and played four seasons.

Of note: The Ravens took Sergio Kindle 43rd overall in the second round of the 2010 draft, but Kindle suffered a devastating accident when he fell down a flight a stairs in Austin and suffered a head injury. He didn’t make his debut until 2011 and was released by the Ravens in 2012.

*The Ravens are the old Cleveland Browns, despite what the NFL says.

Episode 8 of On Second Thought: Is Boo Jr. the answer at QB for Longhorns?