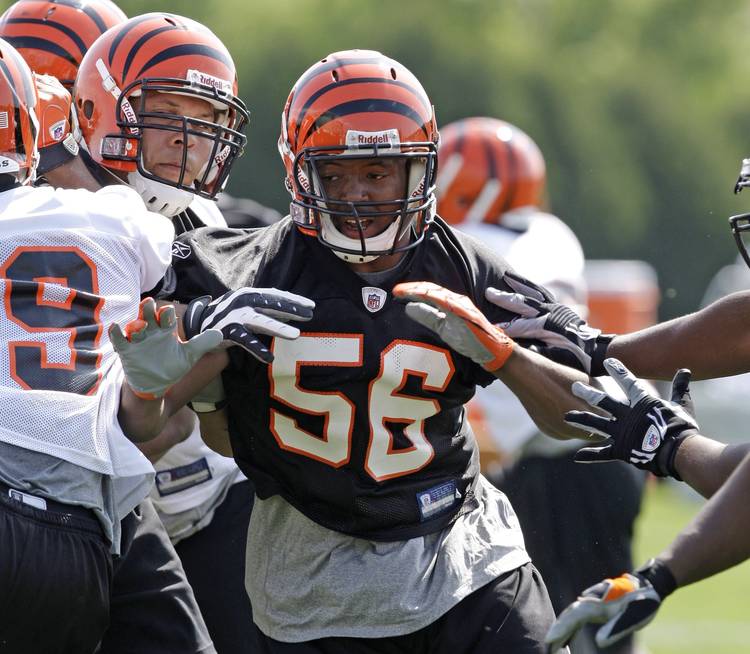 Fest played eight seasons in Cincinnati, the longest tenured Longhorn-Bengal ever. He started 80 games for the Bengals and ended his career with two seasons in Tampa Bay. As a Longhorn, Fest played guard before Darrell Royal moved him to offensive tackle. He helped Texas to a 19-0 win in the Bluebonnet Bowl over Ole Miss.

Jordan Shipley (third round, 84th pick)  and Roddrick Muckelroy (fourth round, 131th pick) were both taken by the Bengals and both had careers altered by injuries. Shipley was a promising player for the Bengals and in 2010 caught 52 passes. But he got hurt in the second game of the 2011 season and never played with the Bengals again. Muckleroy was stuck behind a deep linebacking corps in Cincinnati and then got hurt. He played in just 14 games for the Bengals and never started.

Of note: Shipley’s rookie season saw him play with two of the best receivers of the last 20 years, Chad Johnson and Terrell Owens. Shipley was the only receiver on the team who caught more than 50 passes that didn’t have a reality TV show.  (And yes, the author of this post owns this shirt)