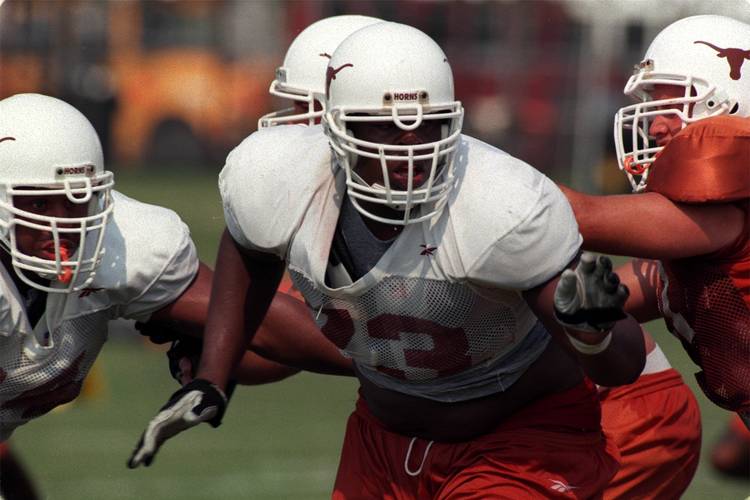 Defensive tackle Shaun Rogers was selected by the Detroit Lions in the NFL draft in 2001. (Taylor Jones/American-Statesman)

Sewell was a four-time Pro Bowler who played 10 seasons with the Lions and one with the Los Angeles Rams. He is a College Football Hall of Famer and was a two-way player at Texas. He was taken 13th overall by the Lions.

The 200th pick of the 2015 draft, taken in the sixth round, Diggs also a very active member on Twitter. He is the brother Quentin Jammer and started four games last year for the Lions.

Lee never played in the NFL after being taken 330th overall in the 26th round.

Of note: Shaun Rogers is a close second for greatest Longhorn to be drafted by the Lions. He made two Pro Bowls and played seven seasons in Detroit. He was taken 61st overall in the second round in 2001.