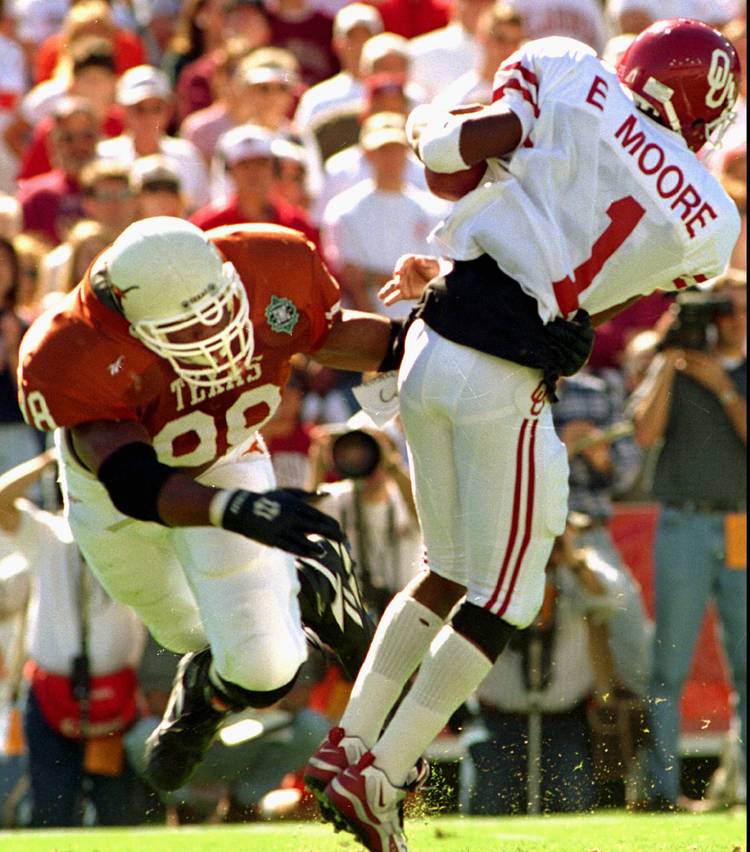 The Jaguars have drafted just one Longhorn since they’ve been an NFL franchise, and that player is Tony Brackens.

Brackens was a first team All-American in 1995 and finished with 24 sacks, at the time eighth best in program history. Brackens was taken by second-year team Jacksonville Jaguars in the second round of the 1996 draft, 33rd overall. Brackens played his entire career with the Jaguars and is the club’s all-time leading tackler for a defensive lineman. He made the Pro Bowl in 1999.

He made several big hits:

And he even once hurt his coach, as you can see in this photo: