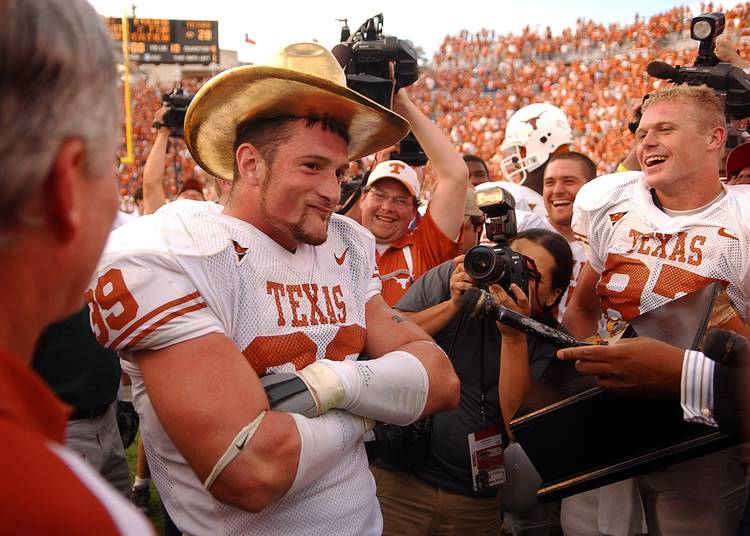 Brian Robison poses with the Golden Hat Trophy after beating Sooners 28- 10 on the Saturday at Cotton Bowl Stadium.

Most recent pick: Robison is the most recent Longhorn drafted by the Vikings.

Poage was also drafted by the Denver Broncos of the AFL, but decided to go to the Vikings after being drafted 31st overall in the third round. Poage played seven seasons in the NFL, but just one in Minnesota. He started six games before moving to Philadelphia. He spent the bulk of his career in New Orleans from 1967-1970.

At Texas, Poage played running back at Texas and rushed for 452 yards in 1962.

Of note: The Vikings drafted linebacker Robin Sendlein in the second round of the 1981 draft, 45th overall. Sendlein played four seasons in Minnesota. About 20 years later, his son,  Lyle, played at Texas and was eventually drafted by the Arizona Cardinals.