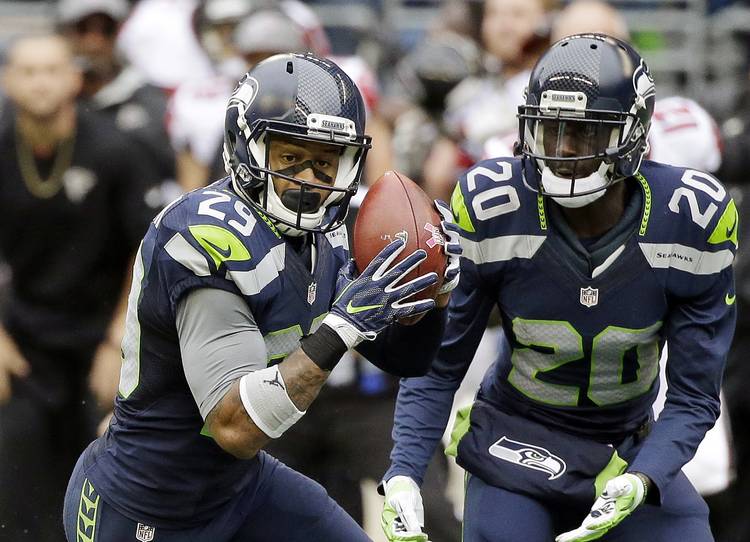 Brian Orakpo, LB, Tennessee—Orakpo made two tackles and had a sack in his fifth straight game as the Titans topped the Browns 28-26.  He has seven sacks so far this season and is just four shy of his career high of 11. He’s third in the league in sacks, just behind Lorenzo Alexander of Buffalo (8) and Denver’s Von Miller (7.5). He hit the quarterback twice against Cleveland and had a tackle for loss.

Kenny Vaccaro, S, New Orleans—Vaccaro was second on the team in tackles with eight as the Saints outlasted the Panthers 41-38. He had three quarterback hits in the win.

Jordan Hicks, LB, Philadelphia—The Eagles lost their second game in a row, but Hicks had a season-high eight tackles, including two for a loss. He played in every defensive snap for Philadelphia.

Adrian Phillips, S, San Diego—Phillips didn’t start, but he played in over 90% of the defensive snaps, according to footballoutsiders.com, and made four tackles as the Chargers finally held on to a win on Thursday night.

Phil Dawson, PK, San Francisco—Perfect on the day, Dawson made every kick, including a 48-yarder. He was 3-for-3 on field goals and knocked through his lone extra point attempt as the 49ers lost 45-16 to the Bills.

Marquise Goodwin, WR, Buffalo—He’s been hit-and-miss so far this season and turned in a modest two catches for 22 yards as he was targeted four times by Tyrod Taylor in Sunday’s big win.

Keenan Robinson, LB, N.Y. Giants—Robinson had three tackles and played the most snaps at the linebacker position in the Giants’ 27-23. He had a knee problem during the game but got back on the field in the second half.

Justin Tucker, PK, Baltimore—Tucker is still perfect on the year after connecting on three field goals, including a long of 39 yards, and two extra points against the Giants.

Roy Miller, DT, Jacksonville—Miller had four tackles for the Jaguars as they edged the Bears 17-16 on Sunday. He started the game but played in about 35 percent of the defensive snaps.

Sam Acho, LB, Chicago—Acho had three tackles and a tackle for loss and a quarterback hit as the Bears fell to the Jags. He started the game and played in about 50 of 60 defensive snaps.

Malcom Brown, DT, New England—The 22-year-old had five tackles for the second week in a row as the Patriots beat the Bengals 35-17. He has 18 tackles and two sacks on the year.

Aaron Williams, S, Buffalo—Williams had three tackles in the Bills’ blowout win over the 49ers. He played in 51 out of 61 defensive snaps.

Fozzy Whittaker, RB, Carolina—Whittaker’s touches went way down this past weekend as he had just one rush for minus-1 yard and caught just one pass for four yards.

Jamaal Charles, RB, Kansas City—Charles still taking a back seat to Spencer Ware as he continues to work up to full strength. He did score a touchdown on nine carries for 33 yards in addition to making two catches for 14 yards.

Derrick Johnson, LB, Kansas City—The Chiefs got back on the winning track as Johnson led the team with nine tackles, including two for losses.

Earl Thomas, S, Seattle—Thomas made four tackles and defended three passes, including this interception to set up the game-winning field goal.

Michael Griffin, S, Carolina—He had one tackle and only played on special teams in the Panthers’ loss.

Malcolm Brown, RB, Los Angeles—Brown didn’t get a touch on offense but played a few snaps on special teams.

Brian Robison, DE, Minnesota—The 10-year veteran captain was on a bye with his undefeated Vikings teammates.

Alex Okafor, LB, Arizona—Okafor had one tackle and made a sack in the Cardinals’ dominating 28-3 win over the Jets. He also forced a fumble that was recovered by New York.

Geoff Swaim, TE, Dallas—Swaim played in about 47 percent of the offensive snaps but wasn’t targeted in the passing game.

Hassan Ridgeway, DT, Indianapolis—The tackle made one quarterback hit, but didn’t otherwise log a stat in the Colts’ loss to the Texans. He played in 37 percent of the defensive snaps.

Chykie Brown, CB, Cincinnati—Brown didn’t get any playing time in the Bengals’ loss to the Patriots.

Donald Hawkins, OT, Carolina—He played in just one offensive snap in the loss to the Saints.