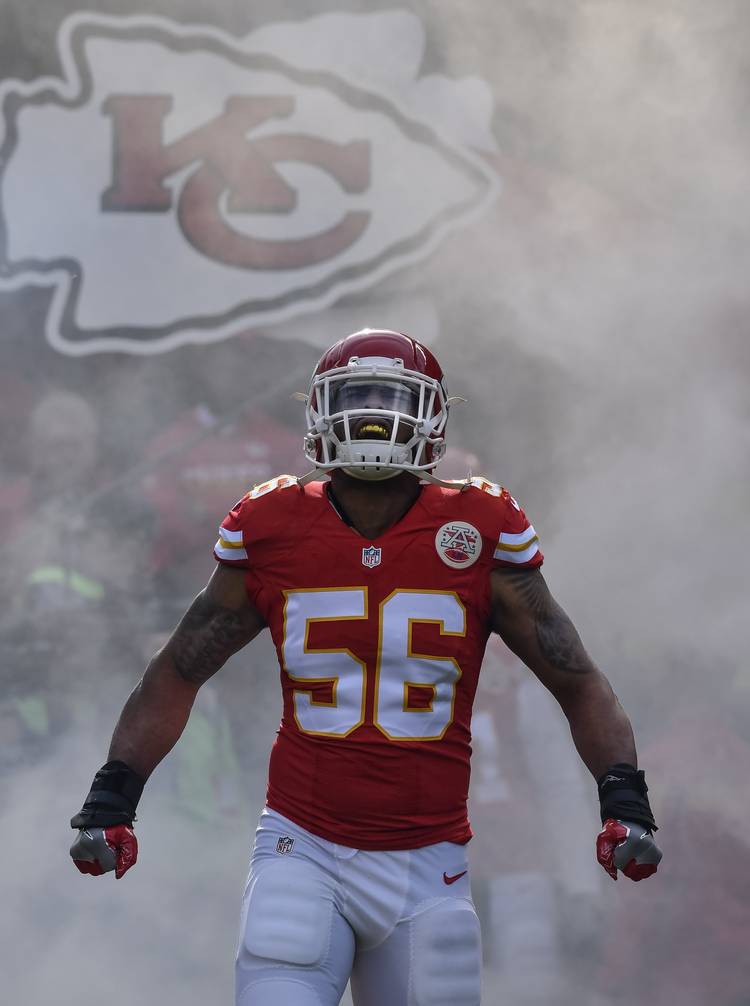 Derrick Johnson, LB, Kansas City—Johnson logged seven tackles and a tackle for loss, but his team’s five-game winning streak came to an end as the Chiefs fell 19-17 to the Buccaneers. Nonetheless, the Chiefs are trying to get him to the pro bowl.

Jordan Hicks, LB, Philadelphia—Hicks had six tackles and a half tackle for loss as the Eagles fell to the Seahawks. He’s third on the team with 53 tackles on the season.

Kenny Vaccaro, S, New Orleans—Vaccaro had five tackles and a quarterback hit as the Saints let one slip away from the Panthers on Thursday night. Still no word on whether Vaccaro will be suspended due to PED use. The safety was also recently hit with a fine for a hit on Trevor Siemian in Week 10.

Brian Robison, DE, Minnesota—The Vikings ended their four-game losing streak and Robison was a big part of the defensive effort. He harassed Carson Palmer all day, hitting the quarterback five times and sacking him once. He also logged two tackles in the win.

Brian Orakpo, LB, Tennessee—Orakpo made five tackles and broke up a pass as the Titans fell short against the Colts, 24-17. He also added a quarterback hit.

Earl Thomas, S, Seattle—Thomas made four tackles and had a pass breakup as his Seahawks defeated the Eagles 26-15.

Alex Okafor, LB, Arizona—It was Okafor’s second game back from injury and he recorded two tackles and a sack in the Cardinals’ 30-24 loss to the Vikings.

Justin Tucker, PK, Baltimore—Tucker made his lone field goal attempt, a 46-yarder in the Ravens’ loss to the Cowboys. He connected on both of his extra points and remains perfect on the year in both categories.

Keenan Robinson, LB, N.Y. Giants—Robinson made four tackles and had a pass breakup in the Giants’ 22-16 win over the Bears.

Quandre Diggs, CB, Detroit—Diggs made three tackles as the Lions had yet another fourth quarter comeback win. He was in on 38 defensive snaps.

Hassan Ridgeway, DT, Indianapolis—Ridgeway had one tackle and half a tackle for loss in the Colts’ win. He also hit the quarterback once.

Phil Dawson, PK, San Francisco—Dawson was perfect on his kicks in the loss to the Patriots. He made a 33-yard field goal, which put him in good company, and connected on both of his extra point attempts.

Malcom Brown, DT, New England—Brown had just one tackle in the Patriots’ 30-17 win over the 49ers. He has 29 tackles and two sacks on the year.

Marquise Goodwin, WR, Buffalo—Goodwin caught two of his three targets for 15 yards in the Bills’ 16-12 win over the Bengals. He didn’t seem to mind the cold either.

When it's 32 degrees during warm-ups, but you're from Buffalo. pic.twitter.com/m4tlGdvdJK

Sam Acho, LB, Chicago—Acho made one tackle in the Bears’22-16 loss to the Giants.

Fozzy Whittaker, RB, Carolina—Whittaker had one carry for no gain and returned one kickoff for seven yards. He added two tackles in the 23-20 comeback win over the Saints.

Malcolm Brown, RB, Los Angeles—Brown didn’t log an offensive stat in the game but he contributed a tackle on special teams.

Michael Griffin, S, Carolina—Griffin didn’t log a stat in the Panthers’ win as he played on 22 defensive snaps and 21 special teams plays.

Donald Hawkins, OT, Carolina—He didn’t get any playing time in the win over the Saints.

Colt McCoy, QB, Washington—He backed up Kirk Cousins in Week 11’s win over the Packers. He didn’t have to back up Nick Sundberg, long snapper. Washington signed Rick Lovato so they wouldn’t have to worry about Sundberg getting pulled from the game with McCoy as the emergency snapper.

Adrian Phillips, S, San Diego—Phillips was and the Chargers were on a bye in Week 11.

Bohls: If Strong is gone, Tom Herman a 60-40 favorite to replace him