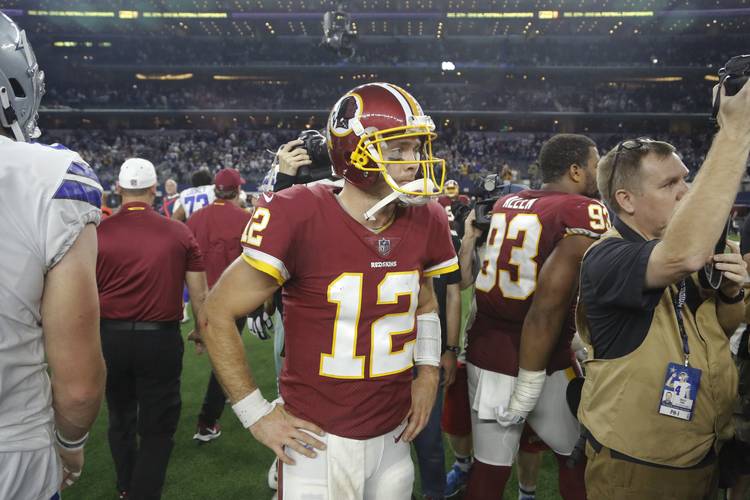 Week 12 had some strong performances by Longhorns but in losing efforts.

Kenny Vaccaro recorded a season-high eight tackles and logged a sack in the 34-17 loss to the Texans on Monday night. Vaccaro has recorded at least five tackles in each game since returning from injury four weeks ago. The highlight of the game partially came at Vaccaro’s expense, unfortunately.

Vaccaro’s teammate Brian Orakpo had four tackles and a half sack in the loss. Orakpo has definitely struggled to get to the quarterback this season. It took him until Week 9 to record a sack this season. He has just 1.5 so far this year after having seven last season. Orakpo had 11 sacks in his rookie year, which has held up as a career-high for his first nine years.

Colt McCoy got his first start since 2014 and didn’t look bad for a while, but he ended up turning the ball over three times and finally lost to the Cowboys in a 31-23 game on Thanksgiving. McCoy finished 24 for 38 with 268 yards and two touchdowns. He added five carries for 28 yards. McCoy’s best throw of the game came in the second quarter to help tie the game at 7-7.

Punter Michael Dickson continues to have a strong rookie season. He had three punts in the Seahawks’ 30-27 win over the Panthers Sunday. Dickson averaged 52.7 yards per punt. He leads the league in net punt average at 44 yards per pop. Dickson was the holder on Sebastian Janikowski’s game-winning field goal. Holding on field-goal attempts is something Dickson didn’t do as a Longhorn.

Another former Longhorn who got a win this week was Adrian Phillips. He had three tackles and applied pressure on a missed field goal as his Chargers topped the Cardinals 45-10.

Holton Hill, CB, Vikings—Entered the game replacing an injured Rhodes, but didn’t register a stat in the 24-17 win over the Packers.

Connor Williams, G, Cowboys—Didn’t start but played in the 31-23 win over the Redskins.

Poona Ford, DT, Seahawks—Recorded no stats in the 30-27 loss to the Panthers.

Malik Jefferson, LB, Bengals—Recorded no stats in the 35-20 loss to the Browns.

Malcolm Brown, RB, Rams—Brown and the Rams were on bye in Week 12.

D’Onta Foreman, RB, Texans—DNP in the 34-17  win over the Titans. The Texans have until Dec. 6 to make a decision on whether Foreman will play this season.

Geoff Swaim, TE, Cowboys—DNP in the 31-23 win over the Redskins due to wrist.

Jordan Hicks, LB, Eagles—DNP in the 25-22 win over the Giants due to a calf injury.

Hassan Ridgeway, DT, Colts—DNP in the 27-24 win over the Dolphins.

Marquise Goodwin, WR, 49ers—DNP in the 27-9 loss to the Buccaneers.

Quack Attack: Texas adds another transfer from Oregon ahead of 2019 softball season