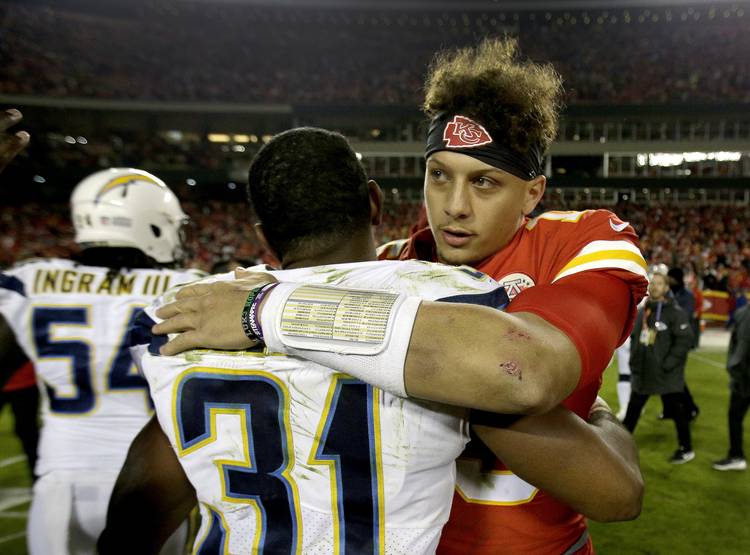 Is there such a thing as a former Longhorn? These players will always be Longhorns to University of Texas fans, even though they’ve graduated to the next level of football. Every week we’ll update you on how they performed the previous weekend. Here’s a look at the Longhorns in the NFL and how they fared in Week 15.

Dickson leads the league in punt average and had a strong week in the 26-23 loss to the 49ers. He average 53.2 yards per punt with a long of 65. Unfortunately for the Seahawks, Dickson had to punt eight times. Three of his punts were downed inside the 20.

Phillips is a quality defender, playing in a lot of different positions on defense, often lining up as a linebacker. He had 10 tackles as the Chargers picked up a message-sending 29-28 win over the Kansas City Chiefs Thursday.

Quandre Diggs is an alternate for the Pro Bowl, according to the Detroit Lions’ official Twitter account. The defensive back made four tackles in the 14-13 loss to the Bills.

Rookie defensive tackle Poona Ford had his best game as a pro, making six tackles, three for loss, in the 26-23 loss to the 49ers. He has just 15 tackles on the year, but 11 of them have come in the last three games. Ford blew up a handful of the 49ers’ run plays in the backfield.

I've watched it probably 20 times and I still can't get over how quickly Poona Ford shoots into the backfield on this play… mercy! pic.twitter.com/6lNnJuLDxy

Malik Jefferson, LB, Bengals—1 tackle in the 30-16 win over the Raiders, suffered an injury and was placed on IR.

Malcom Brown, DT, Patriots—4 tackles in the 17-10 loss to the Steelers.

Trey Hopkins, OG, Bengals—Helped Bengals rush for 171 yards in the 30-16 win over the Raiders.

Connor Williams, G, Cowboys—Team rushed for 112 yards in 23-0 loss to the Cowboys.

Kenny Vaccaro, S, Titans—Recorded no stats and left the game with a concussion in the 17-0 win over the Giants.

Geoff Swaim, TE, Cowboys—DNP – Inactive in the 23-0 loss to the Colts.

Hassan Ridgeway, DT, Colts—DNP – Inactive in the 23-0 win over the Cowboys.

Colt McCoy, QB, Redskins—DNP – Inactive in the 16-13 win over the Jaguars.

Brian Orakpo, LB, Titans—DNP – Inactive due to an elbow injury in the 17-0 win over the Giants.