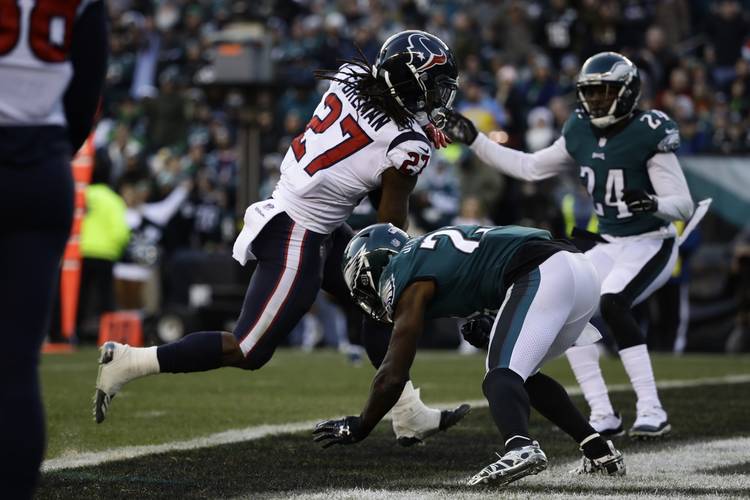 Is there such a thing as a former Longhorn? These players will always be Longhorns to University of Texas fans, even though they’ve graduated to the next level of football. Every week we’ll update you on how they performed the previous weekend. Here’s a look at the Longhorns in the NFL and how they fared in Week 16.

Justin Tucker had an off day for his standards as he went 3 for 5 on field goal attempts in the Ravens’ 22-10 win over the Chargers Thursday night. One of those misses was from a would-be NFL record 65 yards. He had a long of 56 in the game and converted his only extra-point attempt. Tucker’s first miss, a 53-yard attempt, snapped a string of 18 made in a row. Despite the off night, Tucker made history on his second field goal of the game as the only kicker to make 30-plus field goals in six seasons. Here’s his longest made attempt on the night.

56-yard field goal is GOOD. @jtuck9 is a Pro Bowler in our book. pic.twitter.com/Cd2nrwy9Zi

D’Onta Foreman made his return to action Sunday, even scoring a touchdown as the Texans fell to the Eagles, 32-30 on a last second field goal. Foreman actually led the running backs with seven carries, though he failed to gain positive yardage as he finished with minus-1 yard rushing. His highlight came in the fourth quarter when he scored on a 20-yard reception.

Michael Dickson, fresh off being named to the Pro Bowl, had a tame night by usual measures in the Seahawks’ 38-31 win over the Chiefs. He had three punts average 34.7 yards with a long of 46 with one landing inside the 20-yard line. The highlight of his night came after Sebastian Janikowski was hit on a field goal and couldn’t kick off for Seattle. Dickson once again showed his dropkicking prowess as he filled in. Though his second dropkick of the night went out of bounds, his first was effective enough to pin the Chiefs to the 17-yard line.

Adrian Phillips once again had a strong night for the Chargers, though they lost 22-10 to a surging Ravens team. Phillips led Los Angeles with nine tackles and a tackle for loss. His willingness to play all over the field has him earning recognition from  the league.

Malcom Brown, DT, Patriots—1 tackle and a fumble recovery in the 24-12 win over the Bills.

Hassan Ridgeway, DT, Colts—2 tackles in the 28-27 win over the Giants.

Kenny Vaccaro, S, Titans—2 tackles in the 25-16 win over the Redskins.

Holton Hill, CB, Vikings—Logged no stats but played on 40 percent of defensive snaps in the 27-9 win over the Lions.

Connor Williams, G, Cowboys—Didn’t play in the 27-20 win over the Buccaneers.

Brian Orakpo, LB, Titans—DNP – Inactive due to an elbow injury for the 25-16 win over the Redskins.

Justin Tucker does something no other NFL player has before