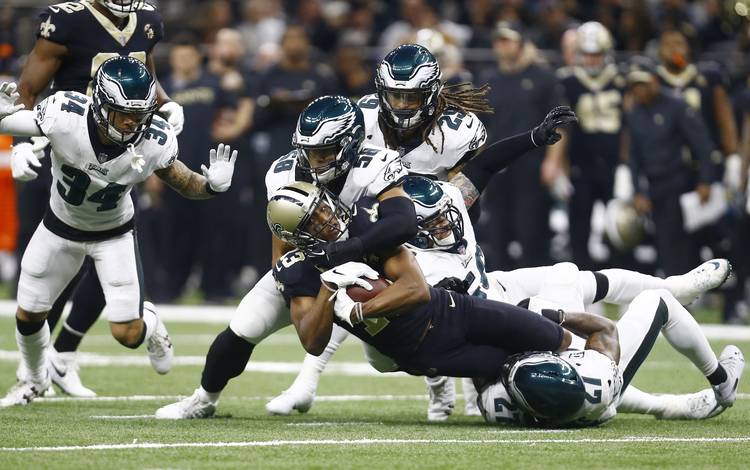 Is there such a thing as a former Longhorn? These players will always be Longhorns to University of Texas fans, even though they’ve graduated to the next level of football. Every week we’ll update you on how they performed the previous weekend. Here’s a look at the Longhorns in the NFL and how they fared in the divisional round of the playoffs.

Of the remaining Longhorns in the playoffs entering the divisional round, just two still have an opportunity to play in the Super Bowl.

Alex Okafor had one tackle and a quarterback hit as his Saints managed to hold off the Eagles, 20-14, to advance to the NFC Championship. Okafor is one of three remaining Longhorns eligible to earn Super Bowl rings this season. Malcolm Brown, running back for the Rams, is on injured reserve. The Saints take on the Rams at home for the right to play in Super Bowl LIII.

Longhorns still chasing a ring in the NFL Playoffs:

Malcom Brown got the start as his Patriots dominated the Los Angeles Chargers, 41-28, to advance to the AFC Championship. The Patriots somehow flipped the switch yet again in a strong performance on the way to another AFC title-game appearance. Brown and the defense limited the Chargers to just 19 yards rushing.

End of the road for five Longhorns

Jordan Hicks, LB, Eagles—Hicks made 9 tackles, second best on the team, in the Eagles 20-14 loss to the Saints.

Adrian Phillips, CB, Chargers—The All-Pro special teams player made 6 tackles and a tackle for loss in the 41-28 loss to the Patriots.

Connor Williams, G, Cowboys—He got the start, but the Cowboys managed just 50 yards rushing on 22 carries and lost 30-22 to the Rams.

Nick Rose, K, Chargers—Rose just joined the Chargers for kickoff duty in the divisional round. He had 3 kickoffs, one going for a touchback. Two of his kicks were returned for  an average of 11.5 yards in the 41-28 loss to the Patriots.

Did Not Play/Inactive Longhorns in the NFL