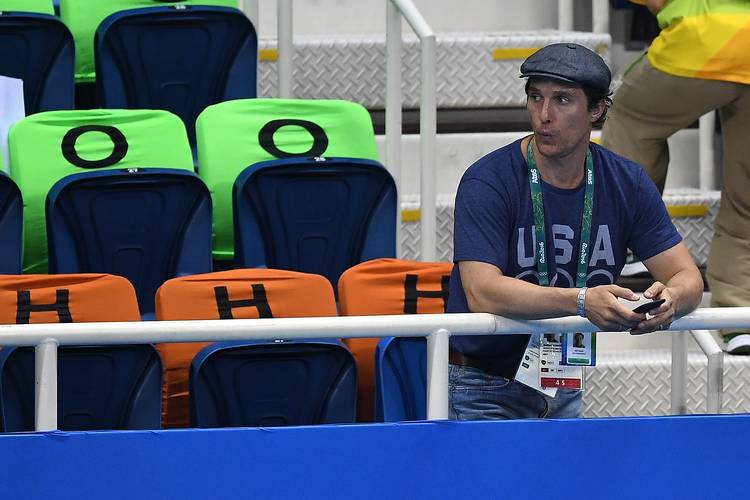 There are throngs of sports fans attending the 2016 Olympic Games in Rio de Janeiro — THRONGS, MIND YOU — but surely no one represents the spirit of American winning like Matthew McConaughey. The Oscar-winner was spotted at the Olympic swimming finals this week, feeling every human emotion on the spectrum. See more photos of the Longhorn legend at statesman.com.

Of particular interest to the burnt orange fans among us: McConaughey’s American-flag-inspired Hook ’em shirt, which he can be seen wearing in a post on NBC’s official Olympics Instagram.

Stateside, remember that McConaughey will also be teaching a UT film class this fall.

Texas volleyball opens season ranked No. 2 in the country