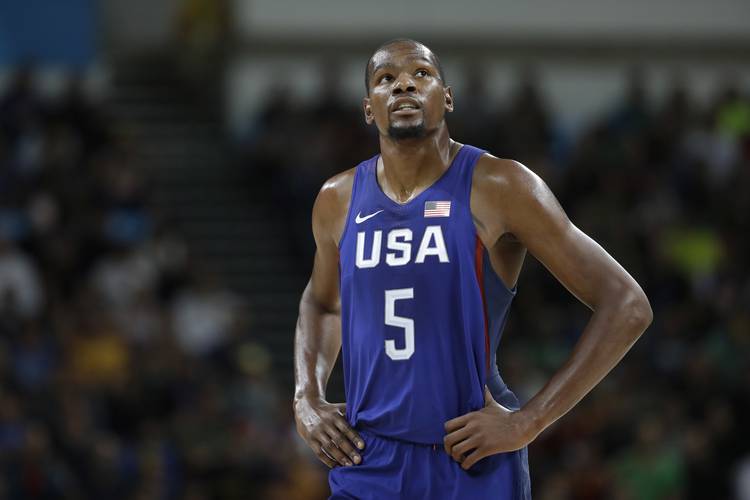 The Australians gave the United States men’s basketball team all they could handle, but Team USA came away with a 98-88 victory at the Olympics in Rio de Janeiro on Wednesday.

Former Longhorn Kevin Durant had a tough start to the game, going 2 for 10 in the first half, scoring just five points as the United States trailed by five going into the break. Durant bounced back in the second half, finishing the game with 14 points, five rebounds and two blocks.

Durant started the second half with a 3-point shot that sparked a 7-0 run by the Americans to reclaim the lead.

With the game tied at 72 in the fourth quarter, the Americans went on to outscore Australia 26-16.

Team USA will next take on Serbia Friday at 5 p.m.

Volleyball: Former Longhorn Rachael Adams led the United States women’s volleyball team to a spot in the quarterfinals as she was credited with 18 points in the 3-1 (25-17, 21-25, 25-18, 25-19) victory over Serbia on Wednesday. Adams had 13 kills to go along with four aces and a block.

Team USA became the first squad to qualify for the quarterfinals as they improved to 3-0 in Pool B.