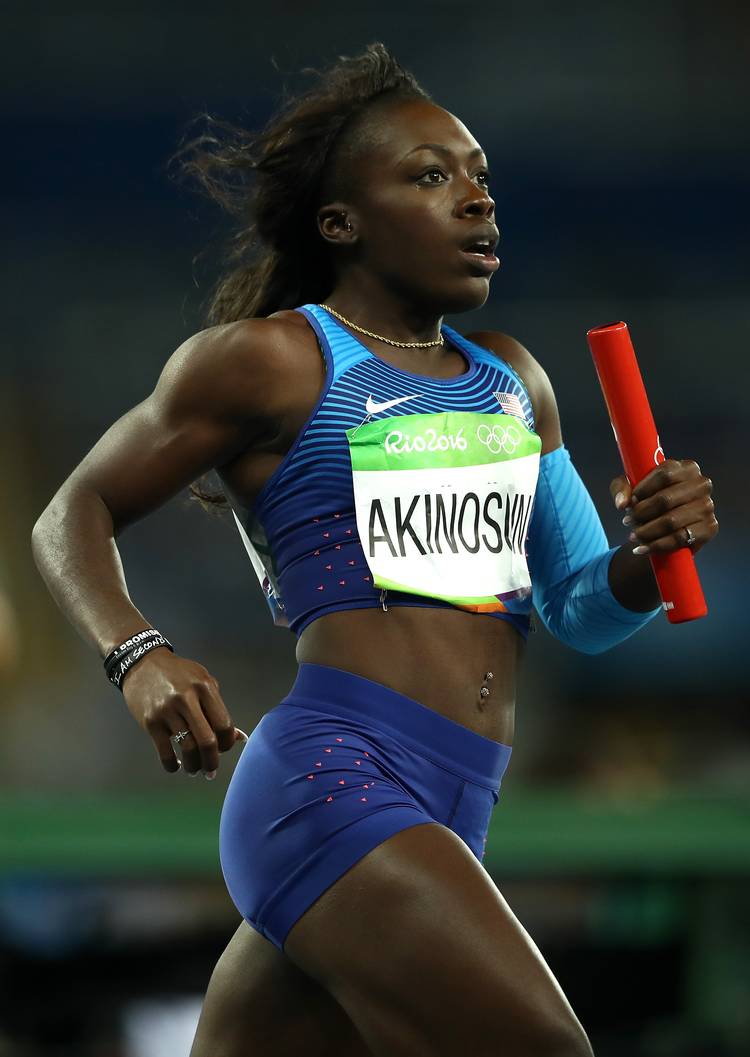 Morolake Akinosun of the United States competes during the round one Women's 4 x 100m Relay Re-Run on Day 13 of the Rio 2016 Olympic Games at the Olympic Stadium on August 18, 2016 in Rio de Janeiro, Brazil. (Photo by Cameron Spencer/Getty Images)

Despite not running in the women’s 400-meter relay final, Morolake Akinosun earned a gold medal as Team USA crossed the finish line in 41.01 seconds at the Olympics in Rio de Janeiro Friday night.

Akinosun, who finished her senior season with Texas in June, helped the Americans qualify on Thursday after the team had to file a protest following a dropped baton. Akinosun’s effort in the preliminary earned her the medal as she anchored a rare re-run of the qualifying round.

Honored to be apart of this team, Tianna, Allyson, English and Tori ran a phenomenal race!! #Gold#Rio2016 https://t.co/KHnDimFuTr

A previous tweet by the sprinter showed her to be pretty prophetic.

In other track action, Courtney Okolo and Team USA qualified first in their heat of the women’s 1600-meter relay, clocking a time of 3 minutes, 21.42 seconds in the first round Friday.

Okolo, who just finished her career at Texas, led off the race with a time of 50.75 and passed the baton with the lead to help the U.S. qualify over three seconds faster than second place Ukraine (3:24.54).

In the second heat, Chrisann Gordon of Jamaica helped her team qualify in 3:22.38, less than a second behind the Americans’ qualifying time. The Texas Longhorns senior ran the third leg for Jamaica in 50.58.

The final will be run Saturday at 8 p.m.

Men’s basketball: Kevin Durant scored 14 points and had eight rebounds as the U.S. defeated Spain 82-76 Friday to advance to the final.

The Americans had a dominating 25-9 victory in the third set but dropped the last two.

Team USA will play Brazil or Russia for bronze at 7:30 a.m. Sunday.