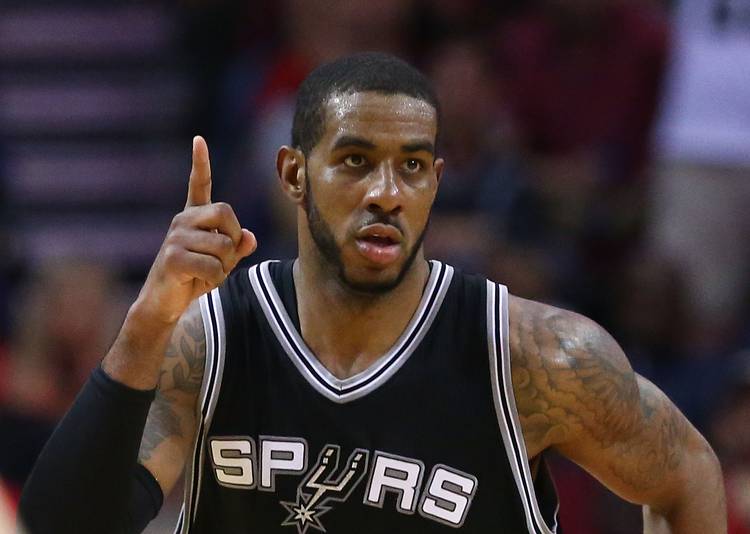 LaMarcus Aldridge #12 of the San Antonio Spurs reacts against the Houston Rockets during Game Six of the NBA Western Conference Semi-Finals at Toyota Center on May 11, 2017 in Houston, Texas. (Photo by Ronald Martinez/Getty Images)

The NBA playoffs are starting to heat up as we approach the conference finals. Sunday two former Longhorns will face off as the San Antonio Spurs go on the road to take on the Golden State Warriors for Game 1 of the Western Conference finals. LaMarcus Aldridge’s Spurs will try to unseat Kevin Durant and the Warriors as the reigning kings of the west. Avery Bradley will try to get his Boston Celtics to the Eastern Conference finals as they look to close out Washington on Friday. The Longhorns softball team will play twice on Friday at the Big 12 tournament.